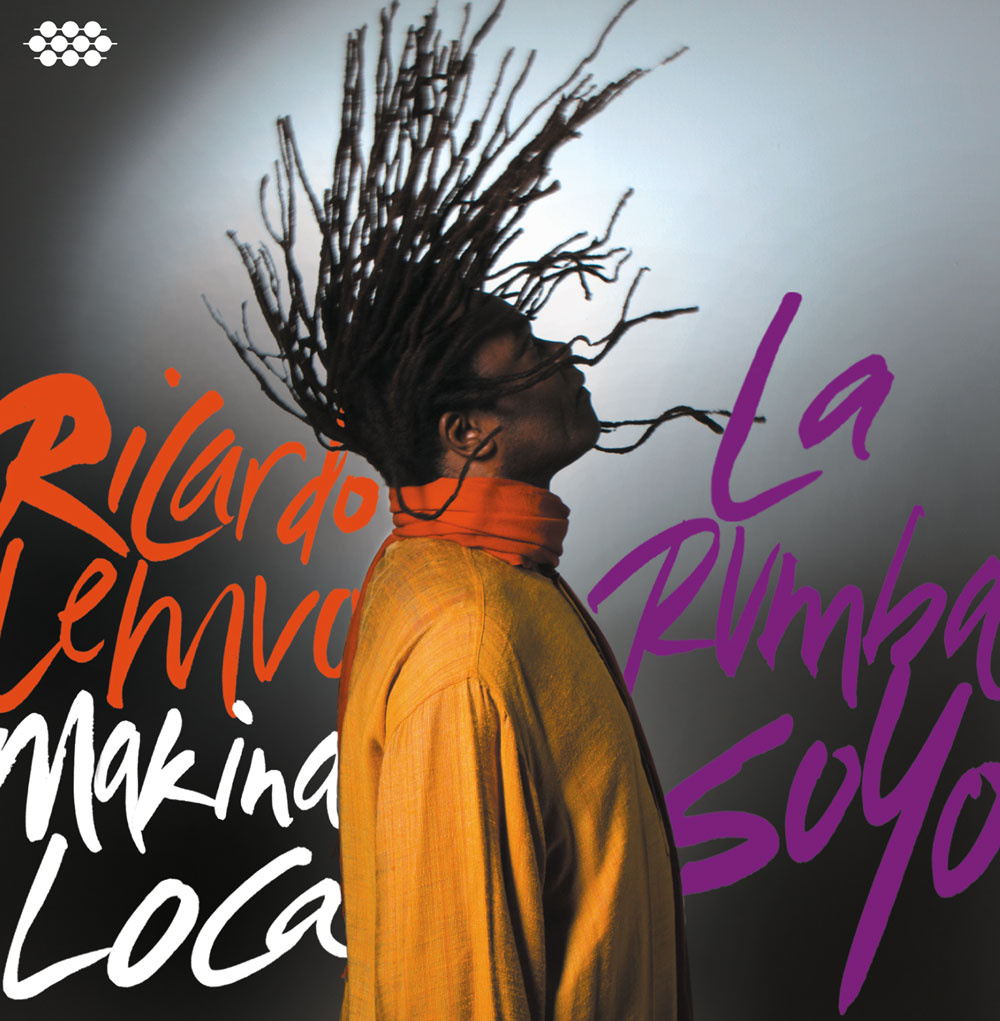 ARTIST: Ricardo Lemvo & Makina Loca
TITLE: La Rumba SoYo
LABEL: Cumbancha
Here’s the latest from American-based Congolese singer Ricardo Lemvo (he’s made Los Angeles his home since the ‘80s), and it’s a beauty. Lemvo’s voice is gentle and warm, reminiscent of his countryman Sam Mangwana – both were born in Angola and raised in Congo-Kinshasa. Another similarity is that both are highly multi-lingual; in fact, Lemvo sings in seven different languages on this record. His characteristic sound is Latin and Congolese elements in roughly an equal balance; track 3, a merengue-soukous blend, is a great example. He also shines on straight-forward salsa – 1 could be right off an Africando album, and 11 is a remake of one of his most smoking Latin-style numbers, now even funkier than the original. Lemvo is very popular right now in Angola, and he showcases his Angolan roots on 2 in the popular semba style. And the wild card here is 5, a superb cover of a traditional Congolese song that was popularized by Tabu Ley Rochereau; Lemvo’s version would make both Rochereau and Mangwana proud. Ricardo Lemvo is one of today’s best Congolese artists and he’s at the peak of his powers on this album.
TOP TRACKS:    1    2    3    5    11
ALSO RECOMMENDED:    4    6    8    9    10
Labels: Reviews