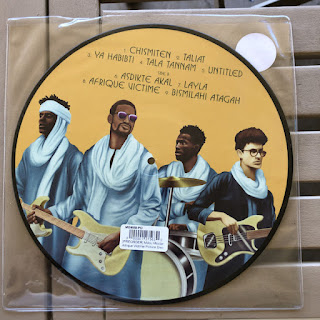 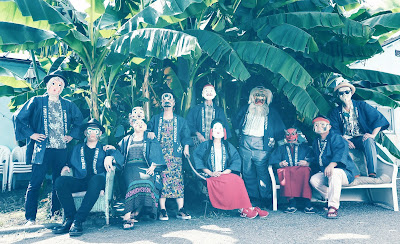 I don't play a lot of music from Japan on this program.  Fortunately for WRIR listeners, you have Banji Kaicho to more than cover for me: two hours of Japanese music of any genre, hosted by Freddie J, right before Global A Go-Go every week, Mondays at 1 PM.
But somehow this week I went down a Japanese cumbia rabbit hole.  I was chasing Minyo Crusaders, whose album Live At Le Guess Who? was released earlier this month, and I was wondering about other Japanese bands playing cumbia.  Turns out there's a lot of them!  I've chosen a few of my favorites to share with you on this episode.
Also this week (Monday July 19, 3:00-5:00 PM on WRIR, for two weeks afterwards on the wrir.org archive player, check your local listings for airing on other radio stations, and any old time at my podcast site): new Brazilian rock, the return of Balkan brass bangers, and an all-African second hour featuring desert blues, juju, highlife and Afro-funk.
Read more »
No comments:
Labels: Programs, Tracklists 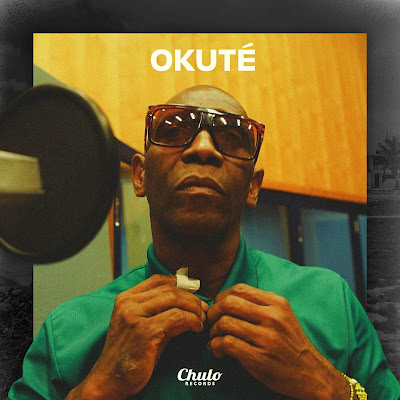 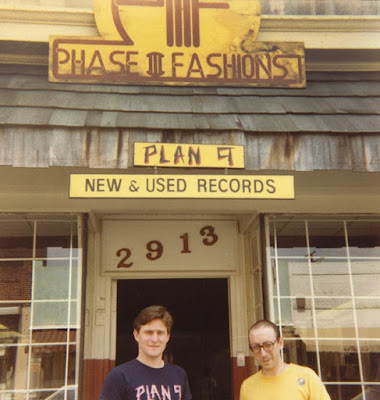 On July 11, 1981, Plan 9 Records opened for business at 2901 W. Cary Street in Richmond's Carytown neighborhood, backed by $1,200 in tax refund money and stocked with the consigned records of the owners and their friends.
It's rare for an independent record store to stay in business for 40 years.  And a few things have changed in their industry since then: the death and rebirth of the LP; the birth and death of the CD; the birth, death and rebirth of the cassette; competition from national and international mega-retailers; the rise and fall of Napster and file-sharing; the digital music revolution and the rise of streaming services.
Somehow Plan 9 has survived it all, not to mention a few recessions including a doozy in 2008, more store moves than you can count, expansion and contraction, even a bankruptcy filing.  40 years later, Plan 9 is still Richmond's premier indie record store and in many ways it's just like the store it was when it first opened.
I speak from experience on this last point, since I was one of Plan 9's early customers.  I stumbled across the store in about September of 1981, and if I hadn't found it I probably would have moved out of Richmond and never returned.  Plan 9 introduced me to Richmond's independent music community, which back then was pretty far underground but nowadays has moved from the basement to the penthouse of Richmond's cultural scene, thanks in no small part to the persistence of Plan 9.
This week on Global A Go-Go (Monday July 12, 3:00-5:00 PM on WRIR, for two weeks afterwards on the wrir.org archive player, check your local listings for airing on other radio stations, and any old time at my podcast site), I'm going to play some of the international recordings I bought at Plan 9 in their first three years of business.  These were the albums that set me on the path I'm on today; these are the records that invented the idea of Global A Go-Go.
And I'll be joined in Studio A by Plan 9's co-founder and owner Jim Bland (on the left in the photo above; on the right is co-founder Pedie Kurzman).  In between musical selections, Jim and I will talk about Plan 9 and the Richmond music community then and now, why Plan 9 was selling African, Caribbean and Latin records way back then, and why the directive "Bathe" used to be posted over the front door, among other things.  We're going to have a great time and I think you will too if you tune in.
For more about Plan 9's 40th anniversary, here's a Facebook group for the milestone filled with photos, video and stories from staffers and customers: facebook.com/groups/1402410666792334.  Harry Kollatz Jr. has a terrific feature in this month's Richmond Magazine: richmondmagazine.com/news/features/a-matter-of-records.  And Brent Baldwin put Plan 9's 40th on the cover of Style Weekly's annual Music Issue back in April: styleweekly.com/richmond/look-whos-40/Content?oid=17316524.
Read more »
No comments:
Labels: Programs, Tracklists

Everybody on the floor 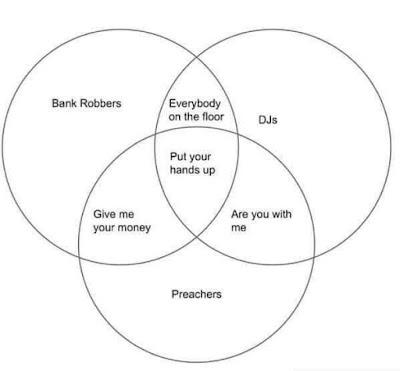 This time on Global A Go-Go it's nuthin' but a global dance party: two continuous hours of music, spanning 30 countries and six decades, that will put your hands up in the air.  To paraphrase my WRIR colleague Mr. Jazz, it's all platter and less chatter.  And as my WRIR colleague DJ Graybeard always says: Crank it up and share with your neighbors.  Are you with me?
This week's program (Monday July 5, 3:00-5:00 PM on WRIR, for two weeks afterwards on the wrir.org archive player, check your local listings for airing on other radio stations, and any old time at my podcast site) was inspired by my sister-in-law, who recently became the first woman to serve as president of the International Chamber of Commerce (ICC) International Court of Arbitration.
To kick off her term as president, and to introduce herself to the arbitrators, attorneys and staffers from over 100 countries that make up the Court, she asked me to create a two-hour mixtape that would get a wide variety of people up and dancing.  Everybody on the floor!
Read more »
No comments:
Labels: Programs, Tracklists
Newer Posts Older Posts Home
Subscribe to: Posts (Atom)