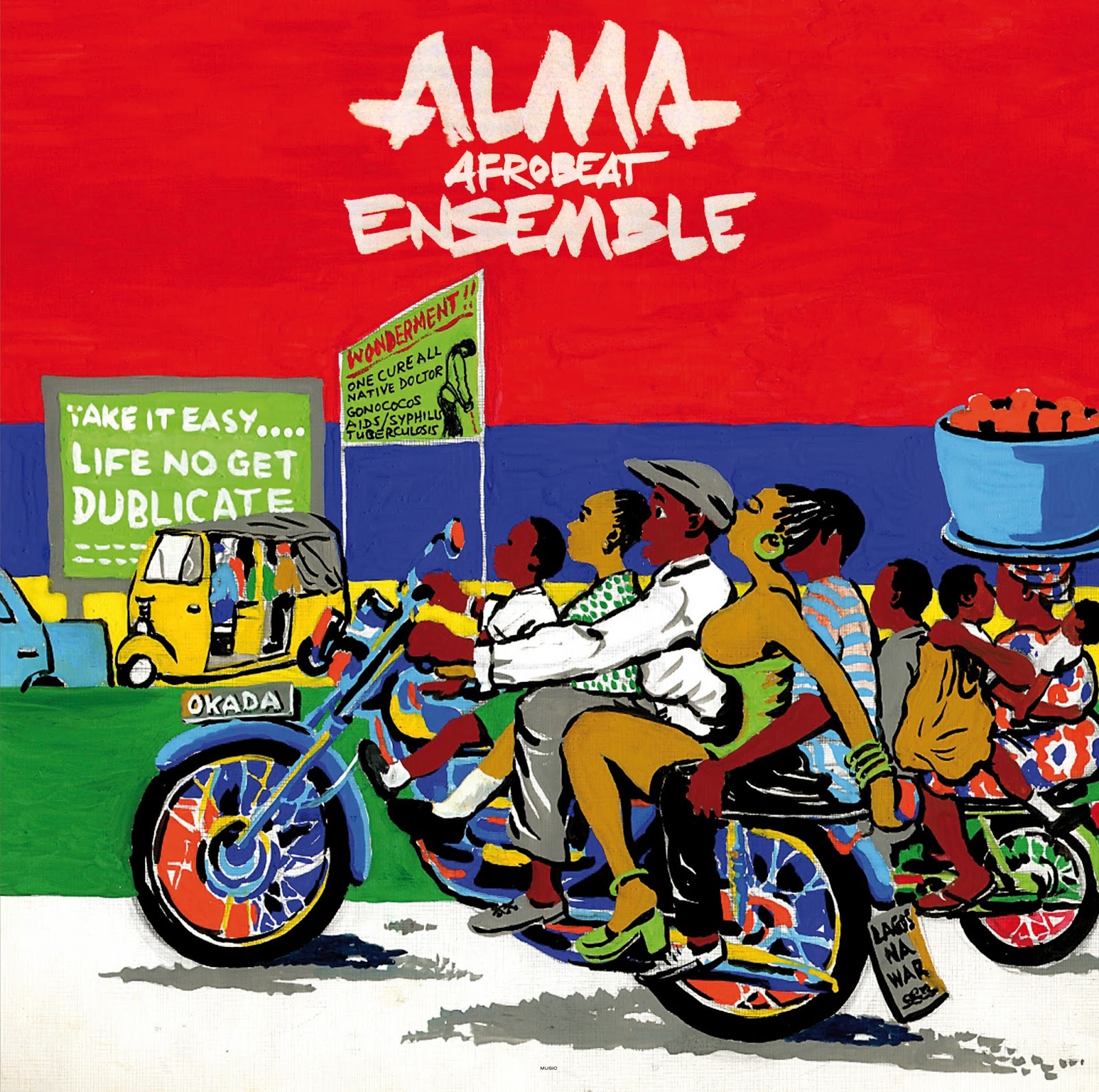 ARTIST: Alma Afrobeat Ensemble
TITLE: Life No Get Dublicate
LABEL: Slow Walk Music
This is the second studio album by this Barcelona-based, highly international (members hail from four different continents) combo that was originally founded by guitarist Aaron Feder in the USA, his home country. Alma’s approach is contemporary and jazzy, with ample solo space for guitar, horns and keyboards (this is the only Afrobeat band I’m aware of that has a bassoon player). But they compulsively keep a danceable meter going, making them sound less far-out than peers like Zongo Junction or Shaolin Afronauts. Hip hop is also a major influence – Senegalese vocalist Babacar Gaye is as much singjay as singer, no matter what language he’s using (I count at least four on the six songs here). All tracks are solid to excellent: 2 highlights most all of the band’s strong instrumental capabilities;1 is taken at a standard Afrobeat tempo and has a pronounced hip hop flavor not unlike Ade Bantu; 5 is a brisk workout like much of Femi & Seun’s most recent material; and 6 has a lovely, languid, almost dubby feel. 2014 has been a banner year for new Afrobeat releases; this is one of the best of a very fine bunch.
TOP TRACKS:    1    2    5    6
ALSO RECOMMENDED:    3    4
Labels: Reviews