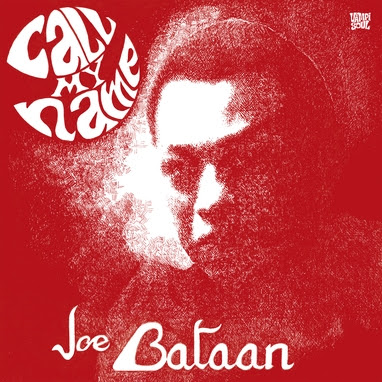 ARTIST: Joe Bataan
TITLE: Call My Name
LABEL: Vampisoul
Well, I guess I’ve now been at this long enough to see my favorite new releases become reissues. Joe Bataan’s comeback, Call My Name, was one of my top albums of 2005, the year Global A Go-Go was first broadcast. Bataan, a Filipino-African-American singer and pianist from Spanish Harlem, was a king of Latin soul in the late 60s and 70s; he co-founded Salsoul Records, one of the first disco labels, and he voiced one of the early rap hits, “Rap-O Clap-O.” For his comeback, producer Daniel Collas wrote a cycle of songs for which Bataan’s gruff voice is a perfect match, took Bataan to Daptone’s brand-new (at the time) Bushwick studio, and lined up a killer band of Brooklyn’s finest. The result is a record that sounds like an idealized version of what Bataan was doing in the early 70s. By all means start with track 2, originally intended to be a B-side but now a Latin soul classic in its own right. 1, the title track, is Bataan at his most searchingly soulful, 6 is a delicious slice of Latin psych, 7 is what the Four Tops would have sounded like if they were from the barrio, and 8 is the essence of Latin soul. Great to have this desert island disc back in print.
TOP TRACKS:    1    2    6    7    8
ALSO RECOMMENDED:    3    4    5    9
Labels: Reviews