We play a lot of crap ... but that's what you want 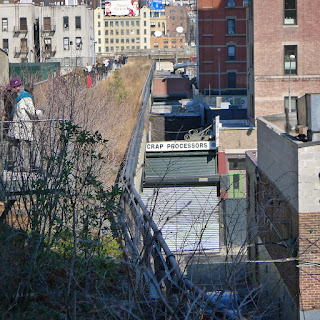 This week on Global A Go-Go (Sunday April 24, 1:00-3:00 PM on WRIR, for two weeks afterwards on the wrir.org archive player, check your local listings for airing on other radio stations, and any old time at my podcast site), it's WRIR's Spring 2022 Fund Drive, where we're looking to raise $45,000 or more to keep Richmond Independent Radio in the pink for another six months.
Most non-commercial radio fund drives are as much fun as root canal.  So we'll take the opposite tack this week -- it will be my most amusing show of the year, where I play nothing but some of my favorite novelties, errors in judgment, inexplicable covers and other one-offs.  Plus Bill Murray will instruct us in how not to do a fund drive.  Not in person, sorry to say, but Midtown Swing's DJ Ginger will be with me in Studio A to share in the levity.
For something more serious and for some donation inspiration, follow me below the fold to read my semi-annual fund drive letter.

WRIR's Spring 2022 Fund Drive is now underway -- we're working to raise $45,000 by Wednesday April 27 to power "the tower of low power" in Richmond for another six months.  Thank you for your previous donations to Richmond Independent Radio; I'm writing to encourage you to make a donation once again this spring, if you can.  You can make that donation in two minutes by clicking this link: wrir.org/donating.
Every week I step up to the microphone (sometimes in my home studio, sometimes in WRIR's Studio A) and say, "You're listening to Global A Go-Go, decolonizing your ears since 2005."  That's not just a catchphrase -- it's a point of view about the world that I'm trying to express through talk and music.  I don't know if I'll ever be able to express that point of view as well as the postcard that's reproduced at the top of this message does.   But I try every week!
Each of the volunteers who host, produce and contribute to Richmond Independent Radio's 133 weekly hours of original, locally-produced music, news and public affairs programming has their own points of view that they're trying to express, too.  What makes WRIR special is that it gives the opportunity of self-expression to everyone in the Richmond community: anyone who wants to can be an on-air volunteer here.
Almost all media in the USA is a monologue -- the people who control the airwaves do the talking, you (the citizens, the people who actually own the airwaves, by the way) do the listening.  I hate to say it, but social media has only made this problem worse.  Richmond Independent Radio is our attempt to turn media into a dialogue, by inviting everyone to be part of the conversation.  It's the most radical way of reimagining media that I know of.
Your support has made this now 17-year-old experiment a success.  And we need your ongoing support to keep the dialogue going.  We ask for that support only twice a year, for a week at a time, and now is that time.  I'll step up to the mike once again on Sunday at 1 PM (and my show is going to be extra fun this week), I'll ask for your donations at that time and I'll be honored if you make one.  But why not do it right now instead?
The place to visit to make your donation is wrir.org/donating, or simply go to our website at wrir.org and start filling out the form on the home page. Thank you so much for your support in the past, and I hope WRIR can count on you once again in Spring 2022. Long live Richmond Independent Radio!
Podcast: radio4all.net/program/112419
All the podcasts: radio4all.net/series/Global%20A%20Go-Go
Artist | Country | Song | Recording | Label | Year
Oliver Lake | USA | Separation | Matador Of 1st & 1st | Passin' Thru | 1997
Joe Strummer & The Mescaleros | England UK | Global A Go-Go | Global A Go-Go | Hellcat | 2001
Kumbia Queers | Argentina-Mexico | Mis Botas | Kumbia Nena! | Horario Invertido | 2007
El Chombo | Panama | Chacarron (feat Andy's Val Gourmet) | Chacarron - Single | Substance | 2006
Son Rompe Pera | Mexico | El Palo Poste | Bootleg Cumbia Vol. 1: The Live On KEXP Session | self-released | 2021
National Lampoon | USA | Listener-Sponsored Radio #1 | That's Not Funny, That's Sick! | Label 21 | 1977
Lord Kitchener accompanied by Frankie Francis Orchestra | Trinidad & Tobago | Kitchie, You So Sweet | It Ain't Fair / Kitchie, You So Sweet - Single | Telco | 1963
Lord Creator | Trinidad & Tobago | Big Bamboo | Jamaica Time | Studio One | 1966
Mighty Sparrow | Trinidad & Tobago | Castro Eating Banana | Sparrow Sings … The Outcast | National | 1963
Young Growler | Trinidad & Tobago | Pussy Galore | Pussy Galore - Single | Jump Up | 1965
National Lampoon | USA | Listener-Sponsored Radio #2 | That's Not Funny, That's Sick! | Label 21 | 1977
Shantel | Germany | Disko Partizani | Disko Partizani | Crammed | 2007
RotFront | Germany-Ukraine-Hungary-Russia | Kontrabanda (feat RasKar) | 17 Deutsche Tanze | GMO | 2014
Jaakko Laitinen & Väärä Raha | Finland | Lapikasta Lattiaan | Lapikasta Lattiaan - Single | Playground Music Finland | 2022
National Lampoon | USA | Listener-Sponsored Radio #3 | That's Not Funny, That's Sick! | Label 21 | 1977
Joe Cuba Sextet | USA | My Man Speedy! | My Man Speedy! | Tico | 1968
Willie Rosario & His Orchestra | Puerto Rico USA | Shining Knight | Two Too Much | Musicor | 1968
Bobby Valentin | Puerto Rico USA | Bad Breath | Bad Breath | Fania | 1967
Bobby Valentin | Puerto Rico USA | Batman's Bugaloo | Young Man With A Horn | Fania | 1965
National Lampoon | USA | Listener-Sponsored Radio #4 | That's Not Funny, That's Sick! | Label 21 | 1977
Rudy Mills | Jamaica | John Jones | Greatest Hits | Rebel Sound | 1968
Lloyd Charmers | Jamaica | Dollars And Bonds | Dollars And Bonds - Single | Bullet | 1970
Winston Groovy | Jamaica-England UK | Funky Chicken | Funky Chicken - Single | Jackpot | 1970
Bongo Man Byfield | Jamaica | Bongo Man | Bongo Man - Single | Treasure Isle | 1964
National Lampoon | USA | Listener-Sponsored Radio #5 | That's Not Funny, That's Sick! | Label 21 | 1977
Eternel Docteur Nico Et L'African Fiesta | R.D. Congo | When A Man Loves Woman | Merveilles Du Passe (1967) | African | 1967
Labels: Programs, Tracklists