Lack Of Afro | One Way 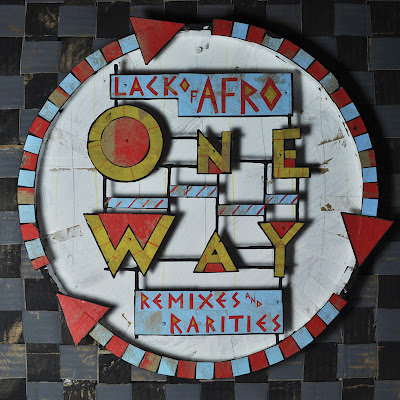 ARTIST:  Lack Of Afro
TITLE:  One Way: Remixes & Rarities
LABEL:  Freestyle
Exeter, UK-based producer and multi-instrumentalist Adam Gibbons goes by the alias “Lack Of Afro. The name is a clever joke: Lack Of Afro’s sound, filled with in-your-face drum breakbeats, funky bass, analog keyboards and chicken-scratch guitar, comes across as a 21st-century dance floor update of Booker T & The MG’s or The Meters.  Indeed, the only thing missing is the afro.  It may sound like LOA is doing the same thing on every song, but in reality his approach is quite flexible.  It works great on remixes of Latin soul (disc 1, track 1), New Orleans brass band (1-4) and neo-Southern soul (1-5) and on the originals tip it makes for some superb hip-hop (1-7, will remind you of Nickodemus’ “Give The Drummer Some”) and Latin rock (2-6).  An album of “Remixes & Rarities” is usually an excuse to package up a bunch of day-past-their-sell-date leftovers – this one is just the opposite, totally vital and fresh.  Comparisons to the work of DJ Shadow, Quantic and even Fatboy Slim are apt and well deserved.  This is a good opportunity to introduce yourself to one funky white boy.