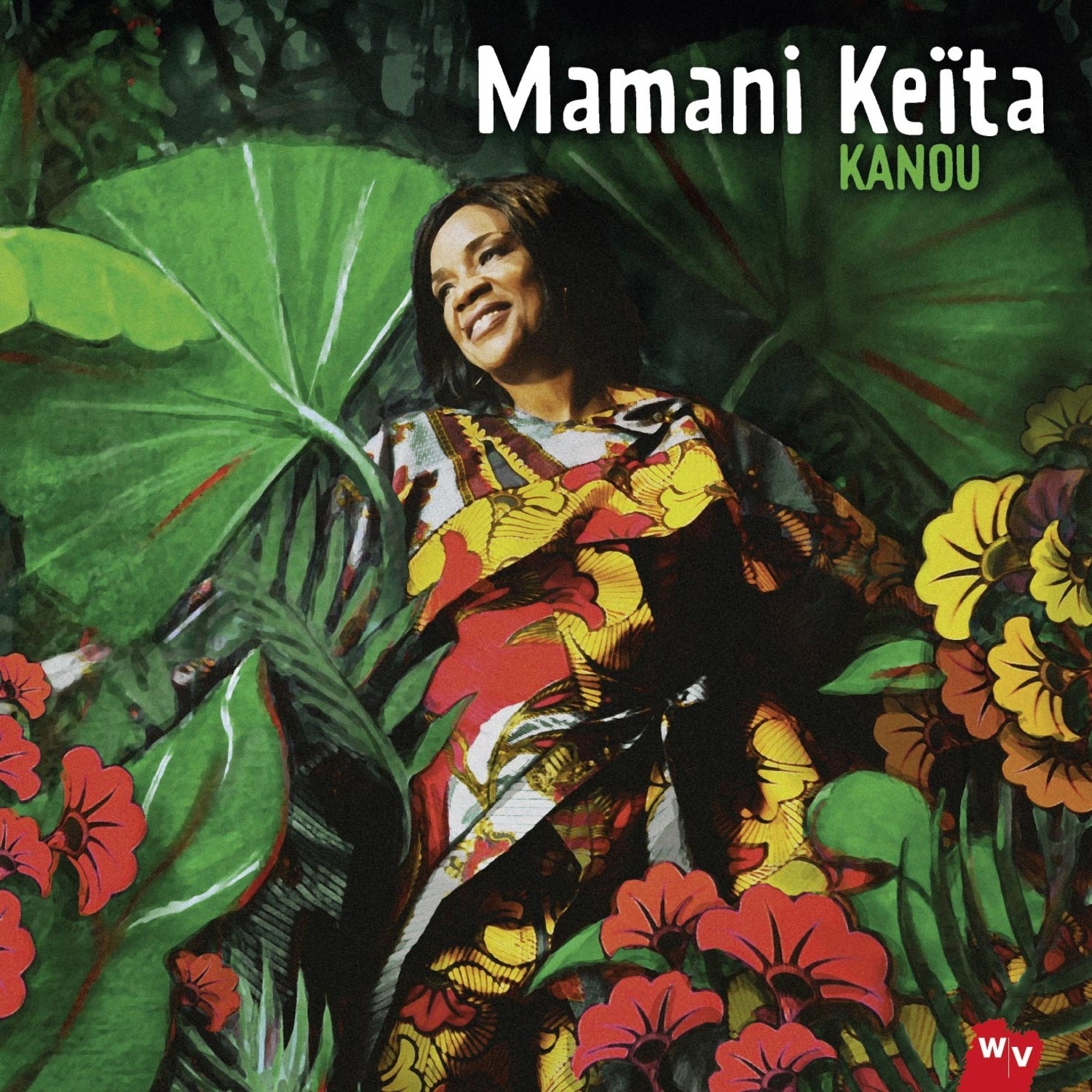 ARTIST: Mamani Keita
TITLE: Kanou
LABEL: World Village
Mamani Keita is a Malian singer who’s lived in France for the last 27 years. She started by backing up Salif Keita (no relation), then carved out a career as a lead singer, collaborating first with producer Mark Minelli then with Nicolas Repac. On her fourth album, Keita is very much in charge – she wrote all eleven songs and is sole-billed on the sleeve for the first time. The music is subtly different from Keita’s earlier outings – instead of the electronica touches of Minelli and Repac, this album is driven by the multitracked guitar of Djeli Moussa Kouyate (hear his Sonic Youth-meets-Mali sound on track 4), best known for his work as the second guitarist in Mali’s Super Rail Band. Amadou & Mariam’s long-time producer Marc-Antoine Moreau is behind the board this time, and the rock-oriented approach here bears some resemblance to the sound of that successful Malian-French duo – track 6 is a good example. A number of Malian artists are moving in a rockier direction right now (Rokia Traore, Bassekou Kouyate, the whole desert blues complex for starters); Keita is part of that trend, and it suits her very well indeed. I’d say this is her best effort so far.
TOP TRACKS:    2    3    4    6    10
ALSO RECOMMENDED:    1    5    7    9    11
Labels: Reviews