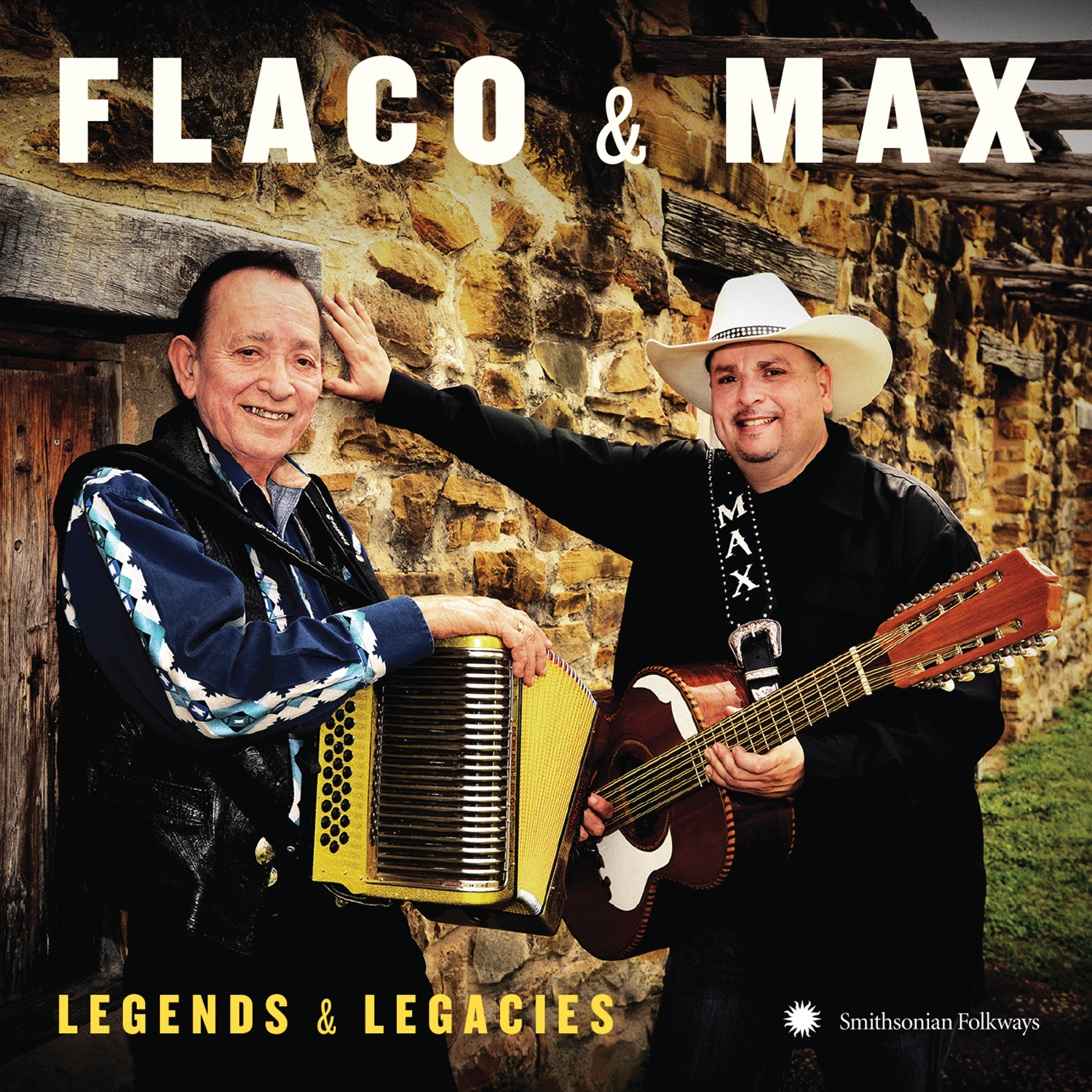 ARTIST: Flaco Jimenez & Max Baca
TITLE: Flaco & Max: Legends & Legacies
LABEL: Smithsonian Folkways
Accordionist Flaco Jimenez, the son and grandson of conjunto musicians from San Antonio, has probably done more to increase Anglo awareness of norteno music than any other person. Max Baca, also the son of a musician, first played bajo sexto (oversized 12-string guitar) with Flaco at age 7 and now leads one of the most popular conjuntos, Los Texmaniacs. Here they’re together again, interpreting the repertoires they each grew up on, including four songs written by Flaco’s father Santiago. Improvisation is a big part of norteno music, at least when it’s played by virtuosos like Flaco and Max – listen especially to the adornos, the instrumental cadenzas in between the verses, where the players generally pull out their best licks. Backed by electric bass and drum kit, Flaco and Max take on most of norteno’s key genres: mournful ranchera (try track 4), soulful waltz (9), Colombian-derived cumbia (6), and most frequently of all polka (1 and 16), the stuff that keeps dancefloors packed across the Southwest. Norteno music is one of the USA’s great contributions to world musical culture – here you get to enjoy it being played by two masters.
TOP TRACKS:    1     4    6    9    16
ALSO RECOMMENDED: pretty much all of the rest of them
Labels: Reviews