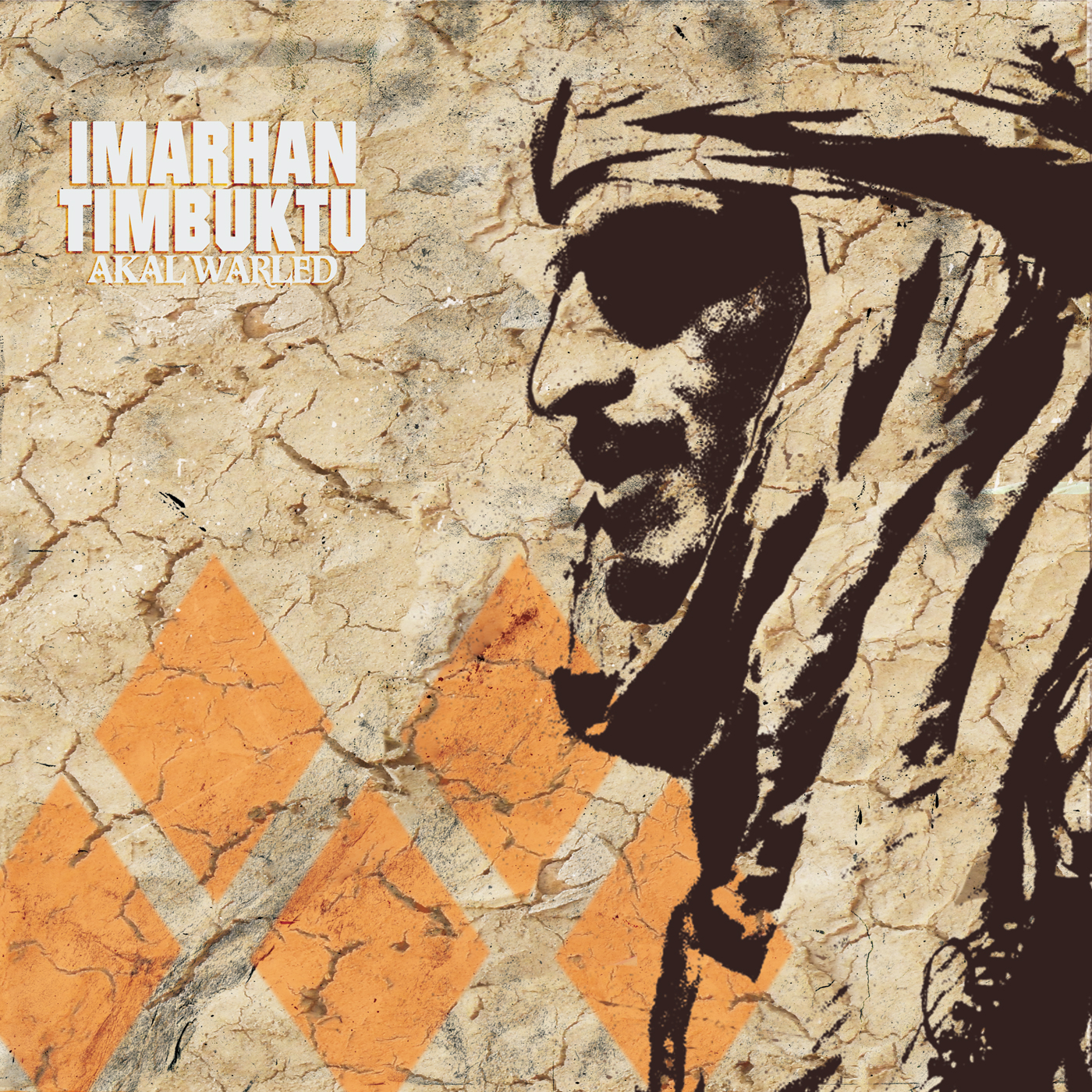 ARTIST: Imarhan Timbuktu
TITLE: Akal Warled
LABEL: Clermont Music
Imarhan Timbuktu isn’t a newcomer to the desert blues scene – this band, whose core is two brothers on guitar and two sisters on hand-drums, has been active since 1993. The four siblings are also members of Tartit, a better-known Tamashek band whose music leans more to the traditional side. Afropop Worldwide’s Banning Eyre says “Imarhan kind of splits the difference between Tartit and Tinariwen,” and that’s an apt description of this electric combo. The most Northernized song here is 7, with a bright, cheery melody and some elegant guitar work. The rest of the material is in the bluesy modes favored by most bands in the genre; my favorites are 3 with some fabulous ululating, 4 with stinging guitar leads, and 8 which builds in power as it progresses. This band will be playing in Richmond on March 18 – it’s a rare opportunity to hear this kind of music in a setting nearly as intimate as the ones these bands are used to at home. And the album is a fine addition to the growing desert blues category.
TOP TRACKS:     3    4    7    8
ALSO RECOMMENDED:    1    2    5    6
Labels: Reviews