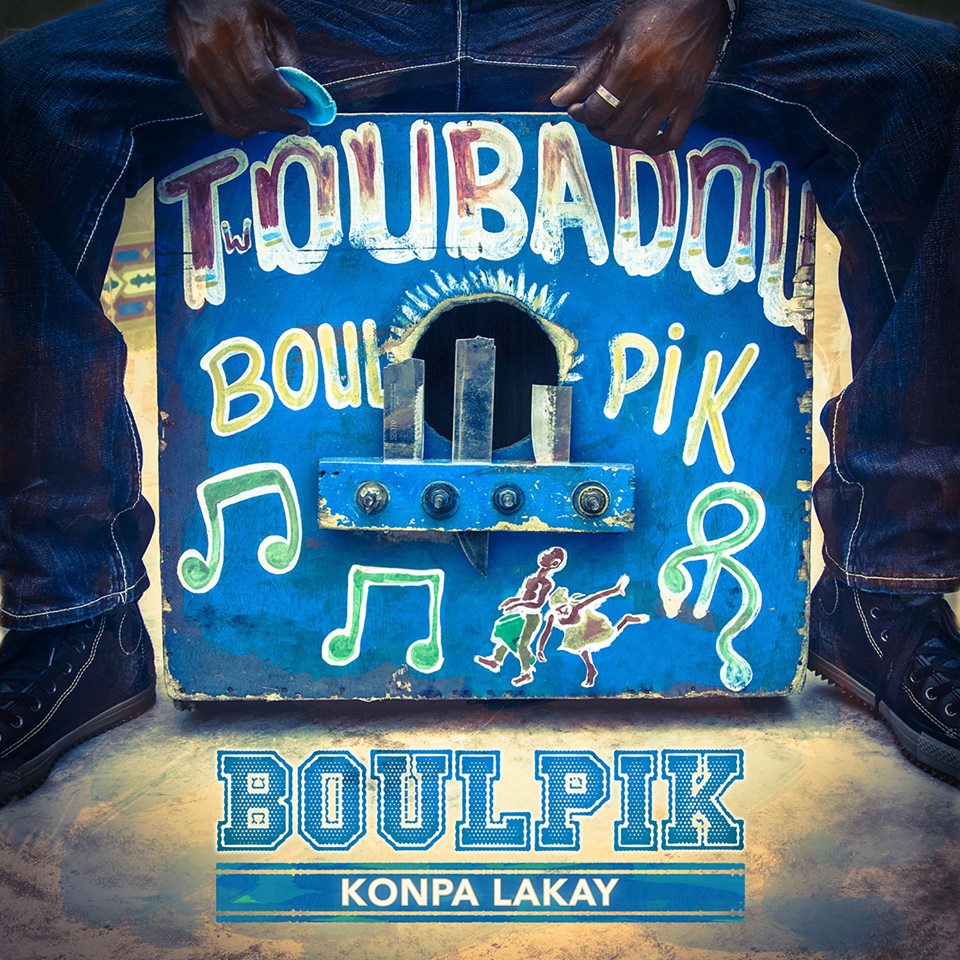 ARTIST: Boulpik
TITLE: Konpa Lakay
LABEL: Lusafrica
Here’s something you don’t get to hear often on an international recording: the old-fashioned country music of Haiti. Boulpik calls their style konpa but this isn’t the danceable urban big band compas of Nemours Jean-Baptiste or Tabou Combo. Rather it’s acoustic music, dominated by banjo, percussion and marimbula (rumba box, metal strips on a wooden crate that creates the bass line) in the Haitian twobadou tradition of the itinerant singer-songwriter-farmworker. You might never have heard of this genre, but you may recognize it when you hear it: the instrument mix is just about the same as in Jamaican mento and early Trinidadian calypso, and those two styles are very similar to what Boulpik is doing. For the best of their mento-like material, try tracks 1, 5 (my favorite) and 11 (a Coupe Cloue cover). There’s also a strong African flavor: 4 and 6 (the latter a cover of a Tabou Combo classic) are so similar to vintage Congolese rumba that they could be in the repertoire of a rumba-revival band like Kekele. If you’re a fan of Cuban son, Dominican bachata, Brazilian forro, Cajun music, or Quebecois folk, give this one a try – it’s a delight from beginning to end.
TOP TRACKS:    1    4    5    6    11
ALSO RECOMMENDED:    2    3    7    8    9    10    12
Labels: Reviews