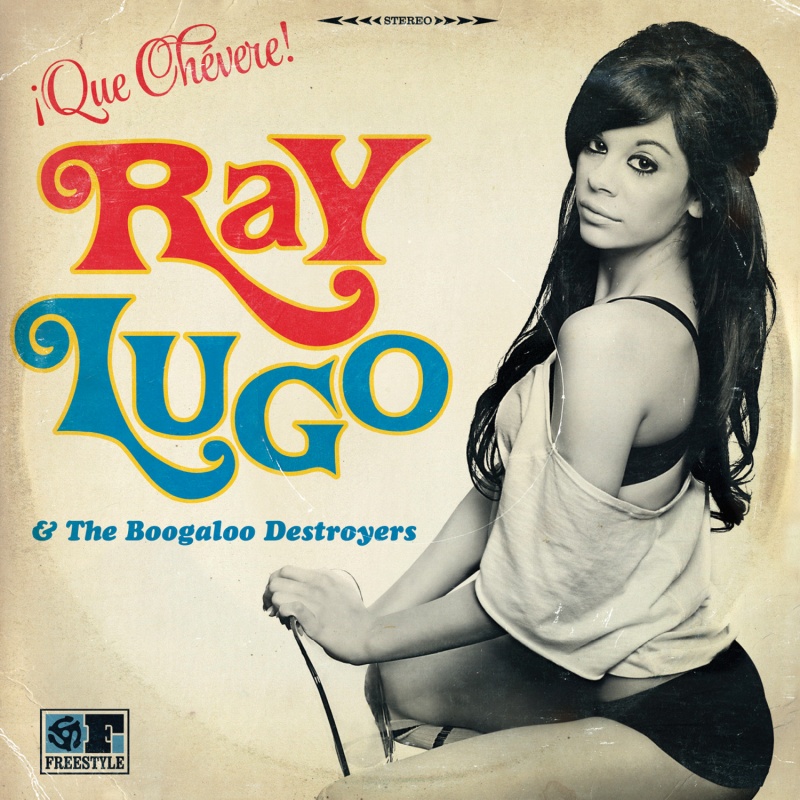 ARTIST: Ray Lugo & The Boogaloo Destroyers
TITLE: Que Chevere!
LABEL: Freestyle
This is the second album from Ray Lugo & The Boogaloo Destroyers, and like its predecessor (Mi Watusi, 2011) it’s about as much fun as you can have legally. Lugo works in styles ranging from Afrobeat to Brazilian to hip hop, and he stays busy as a remixer and producer as well; here he focuses on boogaloo, the Latin-soul fusion style sometimes called “the first Nuyorican music.” It was all the rage in 1966, and by all rights it should have been just another fad (it was pretty much dead by ’69). Just one problem: nearly 50 years on, it’s still as compelling and relevant to the multicultural USA as it was when it was invented. Of all the current bands working with boogaloo (and there are plenty of them), the Boogaloo Destroyers may be my favorite. Their debut album focused on covers (mostly deep cuts); the new one is all originals and it’s every bit as good. Start with two tracks that could’ve been waxed in ’66: the title song (3) and 2. 4 and 6 are descargas, swinging jam sessions just as enjoyable for the dancers as for the players. And 8 is a fun novelty song from the American capital of Cuban-Chinese food. Don’t miss this party in a box.
TOP TRACKS:    2    3    4    6    8
ALSO RECOMMENDED:    1    5    7    9    10
Labels: Reviews