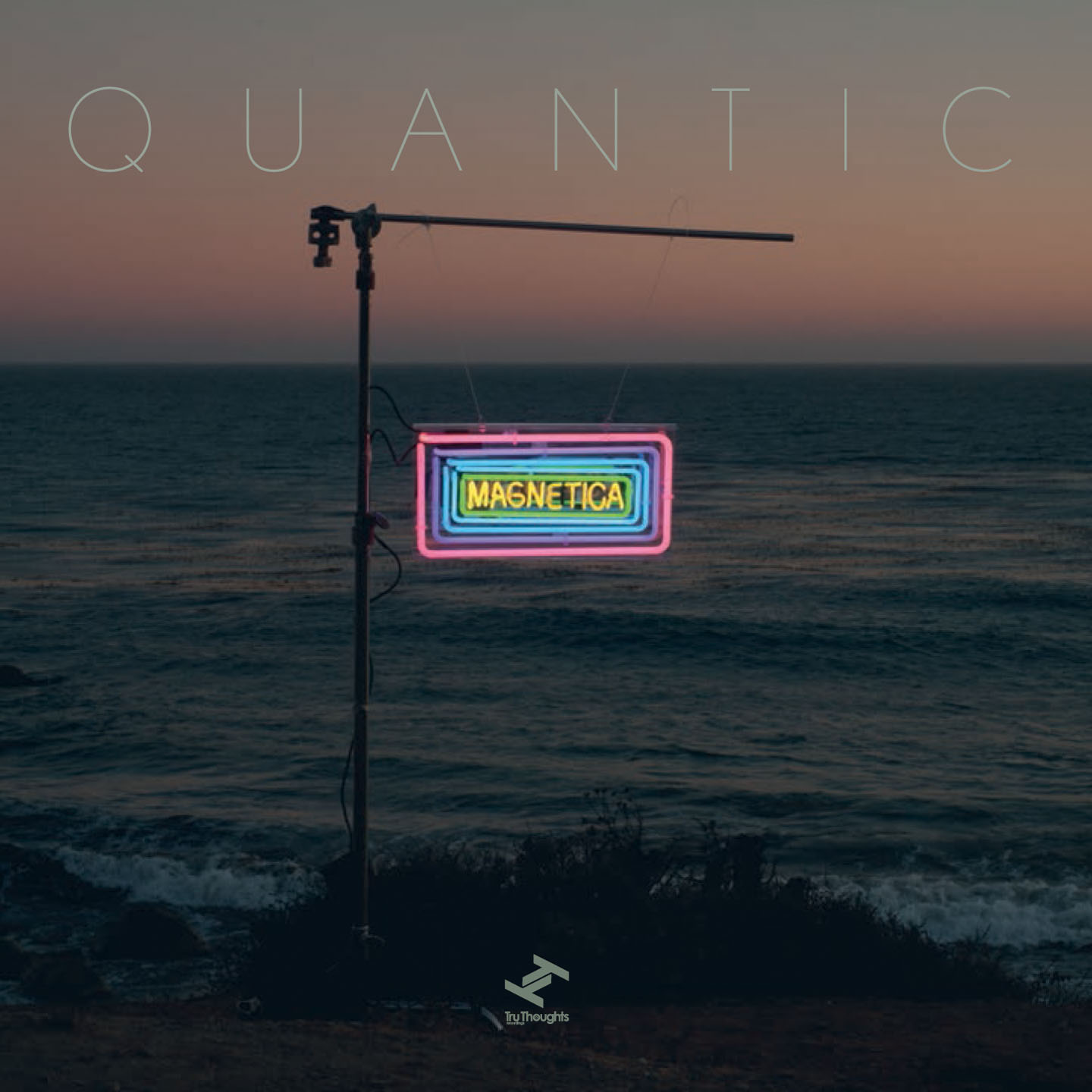 ARTIST: Quantic
TITLE: Magnetica
LABEL: Tru Thoughts
This is Will (Quantic) Holland’s fifteenth studio album, and he’s still just 34 years old. Holland came out of England’s northern soul, funk and broken beats scene, and he’s immersed himself in Latin music while living in Colombia for the last six years (he recently moved to Brooklyn). He’s equally talented as a producer, beat-maker, collector/curator, musician, bandleader and songwriter. All his varied interests and broad skills are brought to bear on this new album, which is both wildly eclectic and thoroughly compelling. The project’s unifying feature is the meshing of the electronica roots of his early career and the tropical rhythms with which he’s been obsessed lately. This is the kind of album where each listener will have different favorite tracks; mine are 3 (broken beats meet a Latin jam session led by Fruko and Michi Sarmiento), 4 (Angolan kuduro with an overlay of marimba), 7 (a 4-on-the-floor stomper animated by Colombian gaita and brass), 10 (featuring legendary Colombian accordionist Anibal Velasquez) and 11 (a brilliant take on Pacific Colombian music). This is supremely imaginative music that will move your body and mind.
TOP TRACKS:    3    4    7    10    11
ALSO RECOMMENDED:    1    2    5    6    8    9    12    13
Labels: Reviews