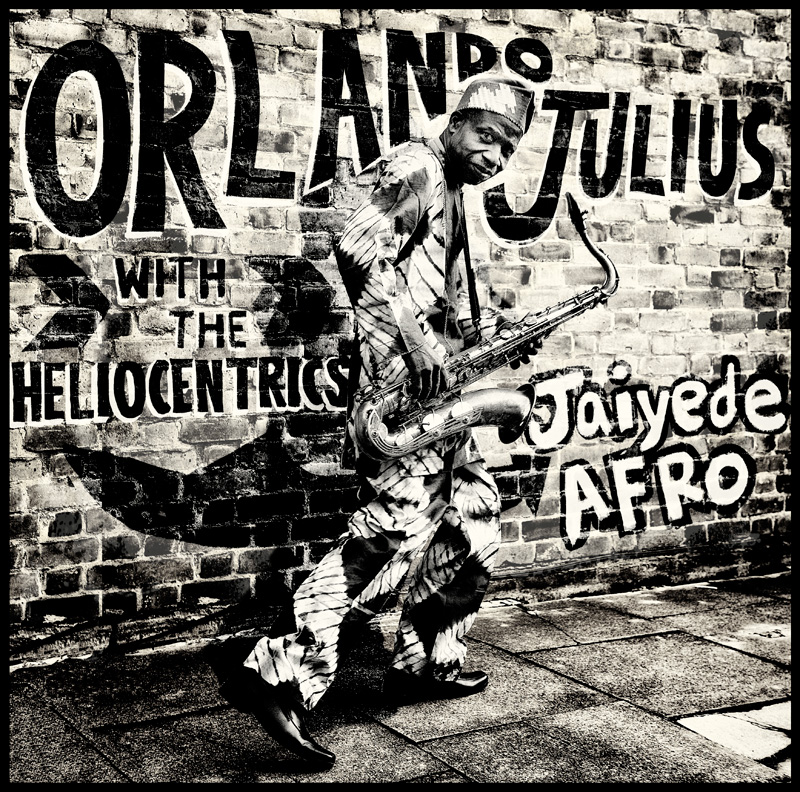 ARTIST: Orlando Julius With The Heliocentrics
TITLE: Jaiyede Afro
LABEL: Strut
Orlando Julius Ekemode of Nigeria is one of the unsung heroes of Afrobeat. O.J.’s 1960s bands the Modern Aces and the Afro Sounders were among the first to add American soul and funk to highlife. Fela Kuti built on the work of O.J., Geraldo Pino and others; the rest is history. O.J. has had an amazing career – he lived for nearly 30 years in the USA, collaborated with Marvin Gaye, Hugh Masakela and the Crusaders, and co-wrote Lamont Dozier and Odyssey’s disco hit “Going Back To My Roots.” And now, at age 71, comes his first internationally-released album. He’s collaborating with The Heliocentrics, a beyond-category ensemble that you could call London’s far-out answer to The Roots. Some of the best tracks here are reworkings of O.J.’s old Afro Sounders material: 1 is hypnotic Afro-funk; 3 is faster and trippier, showcasing drummer Malcolm Catto’s grasp of Tony Allen’s polyrhythms. 7 is an old song that O.J. never finished back in the 70s and 80s; it’s more than finished here, a real highlight. And 8 is a cover of the James Brown instrumental “In The Middle” that’s given a kind of Afro feel. Another African veteran is alive and well – check him out.
TOP TRACKS:    1    3    7    8
ALSO RECOMMENDED:    2    4    5    6
Labels: Reviews