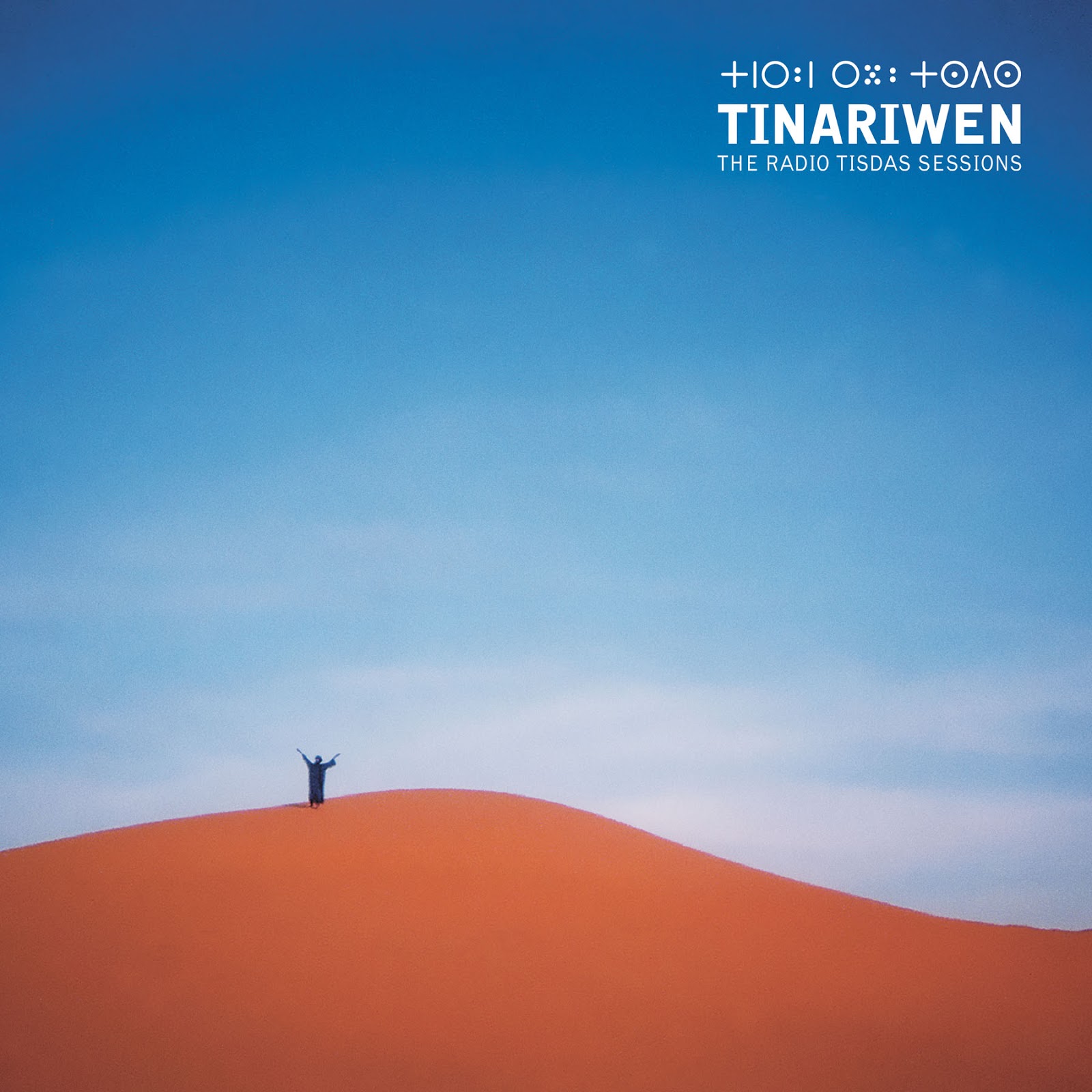 ARTIST: Tinariwen
TITLE: The Radio Tisdas Sessions
LABEL: Modern Classics / Light In The Attic
Tinariwen was already 20 years old when Justin Adams and the French band Lo’Jo recorded them in a radio studio in Kidal, Mali in 2000. They had already invented a new style of music, called simply la guitare by their fellow Tamasheq, and their many popular (but illegal) cassettes served as the bush telegraph of the Tuareg rebellion. But it was this recording that introduced Western listeners to what has become one of the most important African musical developments of the 21st century. Now Light In The Attic has reissued it; it’s more than a reissue since this is the first time it’s ever been pressed to vinyl. The thirteen years that have passed have done nothing to make this music sound any less remarkable than it did on first hearing. If you’re wondering what ever happened to the blues, the real blues, the deep blues, then listen right here – these guys are the spiritual heirs of Robert Johnson, Muddy Waters and Junior Kimbrough. Now we have a term for it – desert blues – but back in 2001 this stuff was a revelation. And it will be for you if you haven’t heard it until now.
TOP TRACKS:    1    3    4    8
ALSO RECOMMENDED:    2    5    6    7    9
Labels: Reviews