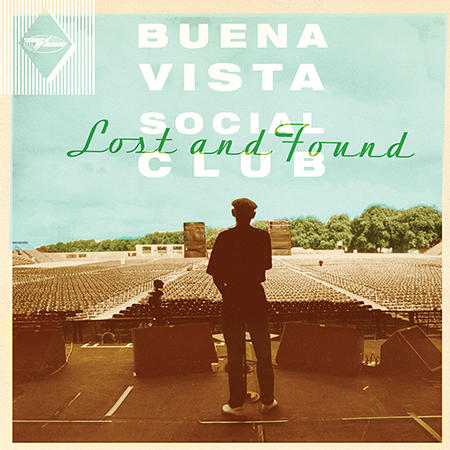 ARTIST: Buena Vista Social Club
TITLE: Lost And Found
LABEL: World Circuit
Orquesta Buena Vista Social Club (BVSC) is on a farewell world tour, so World Circuit has gone to its archives to find previously unreleased tracks from the artists who made old-fashioned Cuban music an unexpected worldwide sensation. To no one’s surprise, there’s plenty of good stuff in the vaults. The best moments here, for me, belong to Omara Portuondo; her takes on “Tiene Sabor” (track 3) and “Lagrimas Negras” (12) are exemplary: simple, direct and without excessive ornament. 11 is Ibrahim Ferrer’s banda gigante breathing fire on an Arsenio Rodriguez classic, live in concert. Equally hot is 8, where the Cubans make their reply to New York’s Alegre All Stars’ urbanized version of guajira; they start out with a sedate reading, but when Miguelito Valdes launches into his trumpet solo, the band kicks it up a few notches. My favorite BVSC material has always been the son oriental : “Chan Chan” is the most famous example. 2 is a duet vocal by Compay Segundo and Eliades Ochoa that must have been left off the original 1997 album just because there was so much son already. This isn’t warmed-over leftovers – it’s a satisfying Cuban meal.
TOP TRACKS:    2    3    8    11    12
ALSO RECOMMENDED:    4    5    10
Labels: Reviews