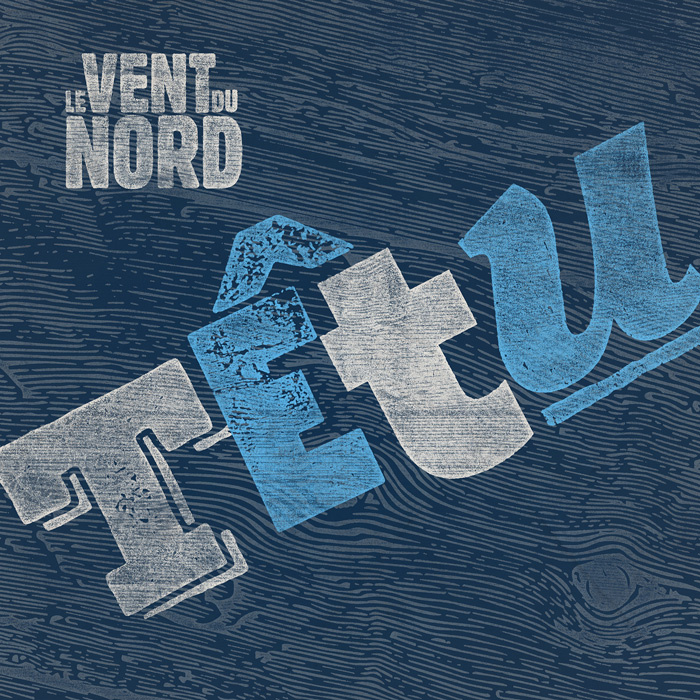 ARTIST: Le Vent Du Nord
TITLE: Tetu
LABEL: Borealis
Richmond music fans might be well acquainted with Le Vent Du Nord (The North Wind): the French-Canadian folk quartet has highlighted two editions of the Richmond Folk Festival, most recently last year’s. If you’ve heard them, you know that “folk” is an insufficient descriptor. This band digs deep into the dance grooves of Quebecois traditional music; even without a drummer (to be accurate, fiddler Olivier Demers provides stomp-box percussion), they rock like crazy. Exhibits A and B in that regard are tracks 2 and 5, original compositions by hurdy-gurdy player Nicolas Boulerice that are propulsive like the plugged-in folk-rock of Fairport Convention or The Byrds. They take traditional material in a similar direction: track 1 is simultaneously mournful and driving, with spare jaw harp accompaniment giving way to a powerful hurdy-gurdy drone. 3 and 8 highlight the Celtic elements that are a key building block of French-Canadian music. One of the secrets to this band’s success in its singing – all four players are excellent singers, switching effortlessly between the lead and the chorus. This exemplary album shows why Le Vent Du Nord is tops in its class.
TOP TRACKS:    1    2    3    5    8
ALSO RECOMMENDED:    4    6    7    9    10    12-13-14 (medley)    15
Labels: Reviews