The Ultimate Guide To English Folk 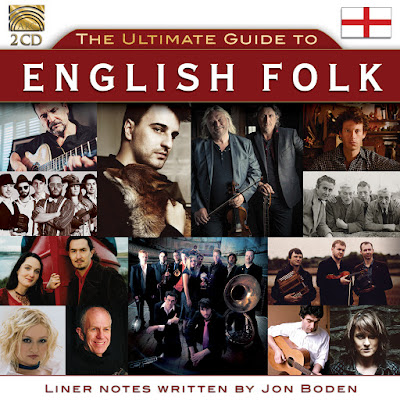 ARTIST: various artists
TITLE: The Ultimate Guide To English Folk
LABEL: ARC
English folk music, which lay mostly fallow in the 1980s after a great 60s revival and the flowering of folk-rock in the 70s, has come alive once again in recent years. This 2-disc set of nearly 2-1/2 hours of music is an excellent survey of the last 20 years, with a few well-chosen dips into the further past. Your guide is Jon Boden, who as co-leader of the folk big band Bellowhead and as a solo and duo artist has done as much as anyone to advance the cause; unsurprisingly, he turns out to be a pretty good selector as well. Among the highlights here are disc 1, track 1 by Eliza Carthy, who jump-started the current revival, and 1-8 by her father Martin, who taught this traditional song to Paul Simon. Boden calls his own number several times, which is entirely appropriate: 1-13 is one of the Spiers-Boden duo’s highlights, on 2-1 Bellowhead sounds like a cross between a New Orleans parade band and the Threepenny Opera pit orchestra, and Boden’s wife Fay Hield’s all-star group The Full English soars on 2-3. Boden the cratedigger strikes gold on 1-15 by the criminally underrated Nic Jones, 2-7 by virtual unknown Roger Wilson, and a deep cut (1-9) by Oysterband.
TOP TRACKS:    Disc 1:    1    8    9    13    15      Disc 2:    1    3    7
ALSO RECOMMENDED: most of the rest of them
Labels: Reviews