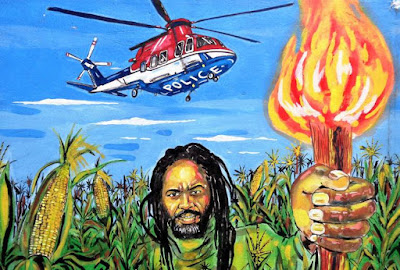 July 11 is the 71st birthday of the late John Holt (pictured above in a painting by Oliver Martin), one of my favorite reggae singers.  We'll celebrate with five selections from the man who was the prototype for lovers rock.

And July 11 is also the 37th birthday of Richmond's Plan 9 Records.  We'll celebrate that one by giving away a $37 Plan 9 gift certificate during Global A Go-Go to a caller who can correctly answer any one of these Plan 9 trivia questions (answers added after the contest ended; congratulations to our winner, David):