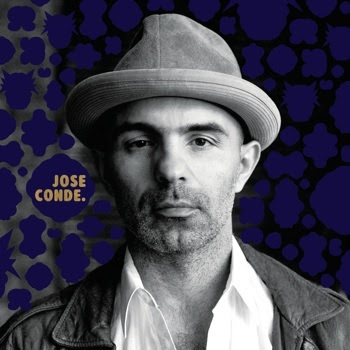 ARTIST:  Jose Conde
TITLE:  Jose Conde
LABEL:  PiPiKi
REVIEW:  Jose Conde is a Cuban-American musician, raised in Miami and living in Brooklyn; this is his fourth album in all and first where he’s simply billed as a solo artist. His former band Ola Fresca developed quite a bit of buzz for their Cuban-rooted but wide-ranging sound.  As a solo artist his music leans a bit more to the singer-songwriter side of things, and if anything it’s open to even more influences than ever -- the best of the upbeat tracks here reference rumba and hip hop (track 1), Brazilian music and early 80’s rap (2), and Sam the Sham and the Pharoahs (3), just for starters.  The lyrics (mostly in Spanish, with a little bit of English, Portuguese and Tsonga) are thoughtful and well beyond the conventional, just like the mixture of musical influences.  Of the mellower material, track 6 stands out for me -- it’s very much in the idiom of Manu Chao, another uncategorizable multilingual singer-songwriter.  Conde produced the album himself, plays most of instruments, and invited a bunch of friends and colleagues to add additional parts.  He’s onto something good here, it will be interesting to see what direction he takes it in from here.
TOP TRACKS:    1    2    3    6
ALSO RECOMMENDED:    7    10    11
Labels: Reviews