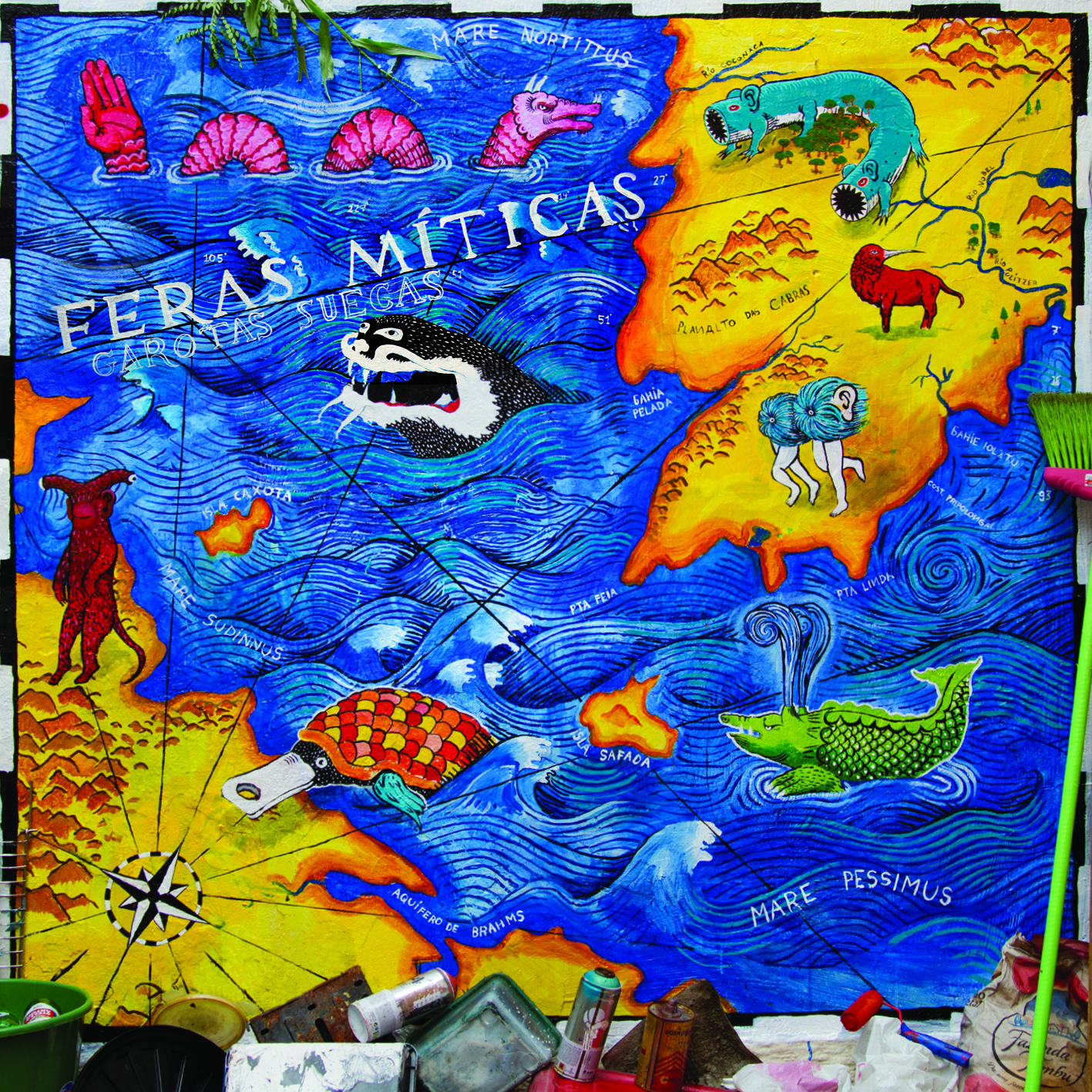 ARTIST: Garotas Suecas
TITLE: Feras Miticas
LABEL: Vampisoul
This is the second album from the young Sao Paolo-based rock band Garotas Suecas (Swedish Girls), who sing mostly in Portuguese but not infrequently in English. They’re received a healthy bit of buzz in the USA, much of it describing them as neo-Tropicalia. While you occasionally pick up an Os Mutantes vibe (especially on track 10, probably my favorite on the album), there are many current Brazilian groups more indebted to that indigenous psych-rock movement than is this one. A wide assortment of other influences are much more prominent: the samba-soul of Jorge Ben (6) and especially Tim Maia (many songs), the lush 1970’s Gamble & Huff Philly soul sound (5 and 7), the Beatles (the ending of 6 is borrowed directly from the ecstatic “Hey Jude” coda), and the Beach Boys circa Pet Sounds (listen to the gorgeous harmonies on 8). The slow-developing songs, remarkable arrangements and attention to detail put me in mind of the sui generis American band Lambchop. Like the songs, the album itself is kind of a slow-burner; it doesn’t really rev up until its second half, but stick with it and you’ll be amply rewarded.
TOP TRACKS:    5    6    7    8    10
ALSO RECOMMENDED:    1    2    3    4    9    11    12
Labels: Reviews