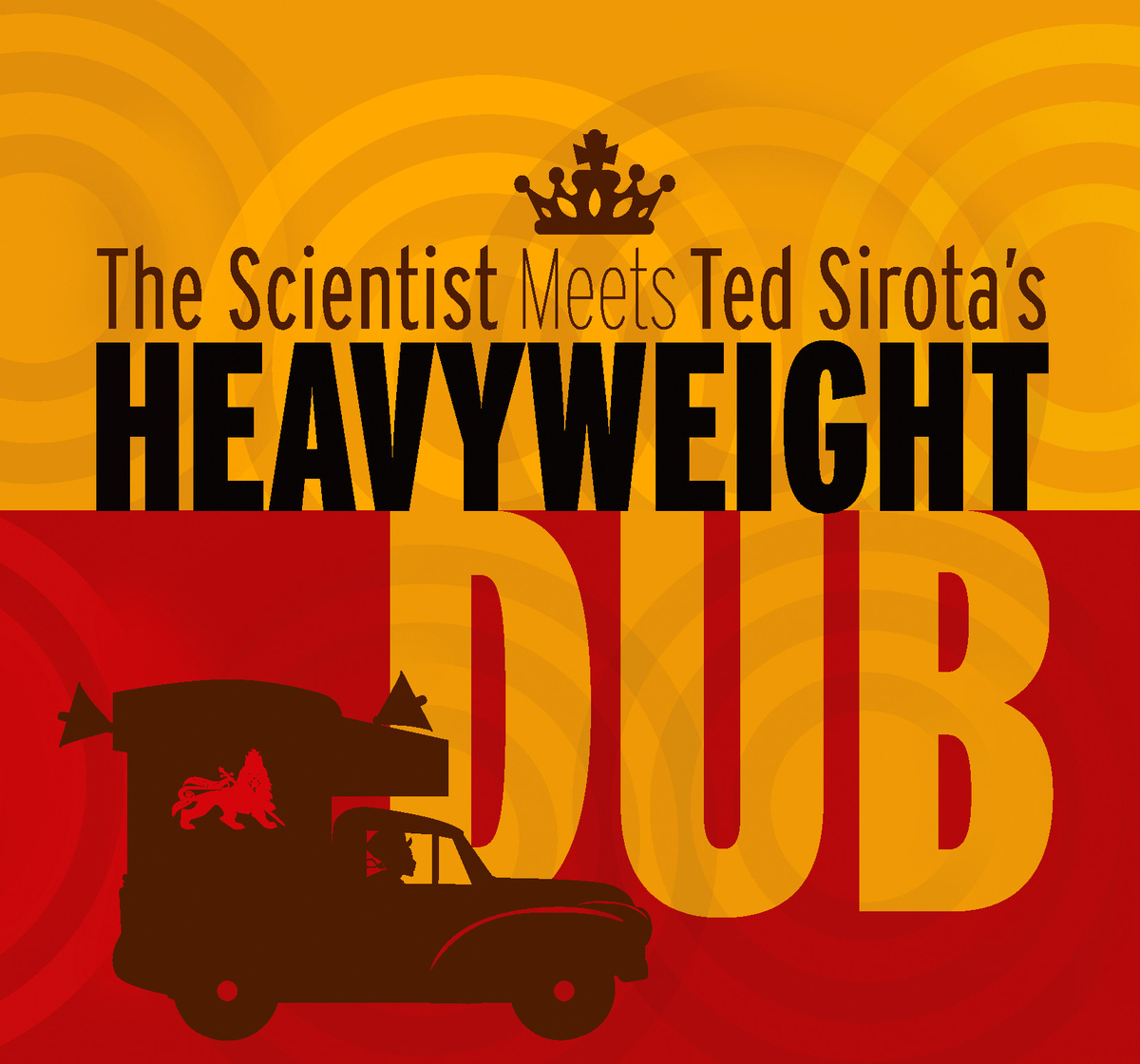 ARTIST: Ted Sirota’s Heavyweight Dub
TITLE: The Scientist Meets Ted Sirota’s Heavyweight Dub
LABEL: Liberated Zone
Ted Sirota is a Chicago-based drummer best known for his jazz work – he leads a fine band called Rebel Souls and has played in the Sabertooth Organ Quartet for 19 years. Sirota’s first musical love was reggae, but he waited until 2013 to form his first reggae combo; it’s a “live dub” band, which means echo and effects are added at the mixing board as an integral part of their performances. On their first album, they’re starting at the top: Hopeton Brown, aka Scientist, one of Jamaica’s most renowned mixologists, did the engineering, mixing and mastering. This is reggae for jazz fans (and vice versa): the spacious riddims are used as foundation for thematic statements and extended improvisations on horns, keyboards and guitars. Tracks 1 and 6, deeply dubby, harken to Dennis “Blackbeard” Bovell’s great work with Linton Kwesi Johnson; 12 is a dub take on ska and a reminder that bands like the Skatalites cut their teeth on jazz; and 4 is a showstopper with great lyrics by Sirota and a commanding vocal by Paul Mabin. The whole project reminds me of Fat Freddy’s Drop, which is about as high a compliment as I can pay to any band. Don’t overlook this one.
TOP TRACKS:    1    4    6    12
ALSO RECOMMENDED:    2    3    9    10    11    13    14
Labels: Reviews