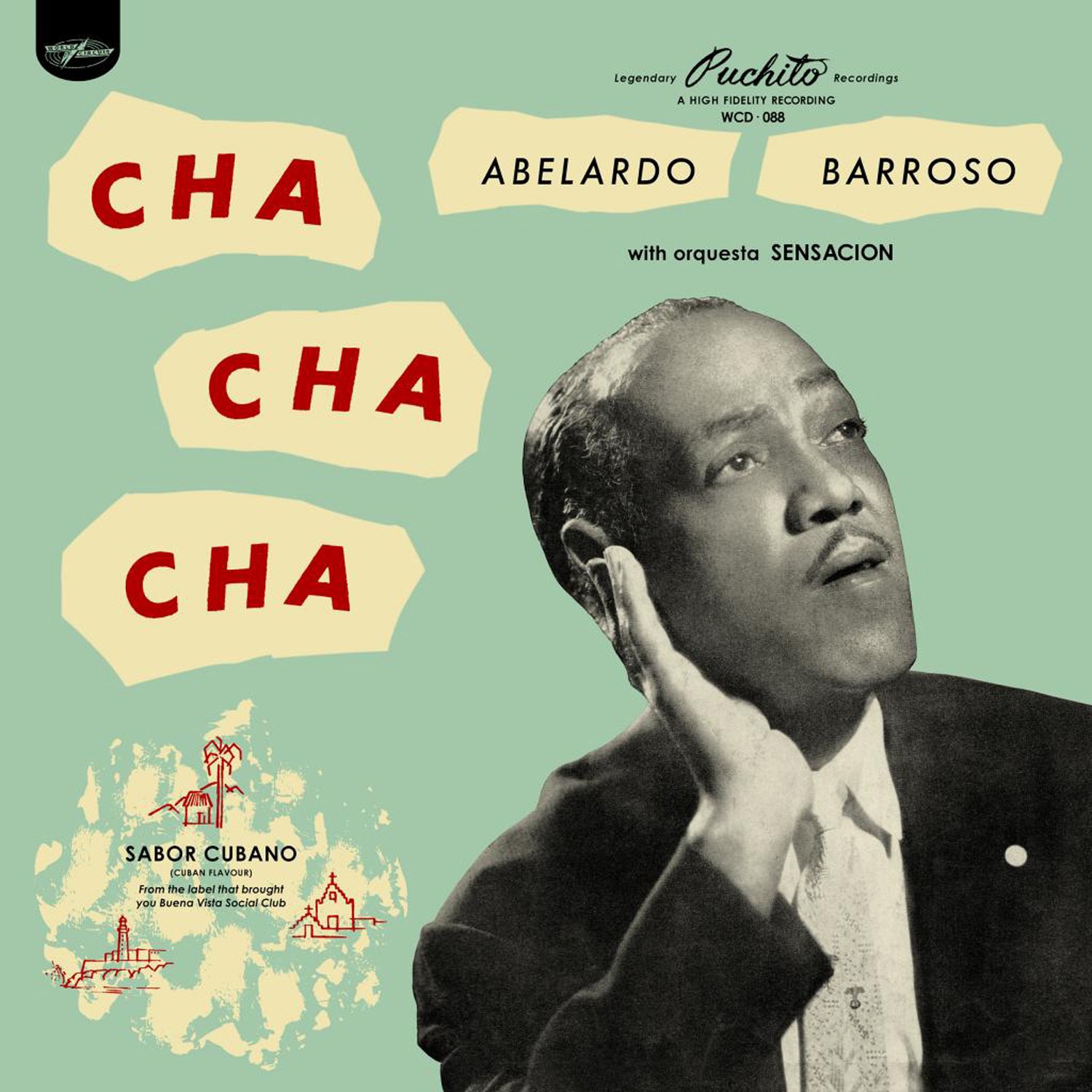 ARTIST: Abelardo Barroso With Orquesta Sensacion
TITLE: Cha Cha Cha
LABEL: World Circuit
Cha cha cha was the musical sensation of Cuba during the revolutionary era, from the mid-50s until 1959. Rolando Valdes’ Orquesta Sensacion popularized that sound, and Abelardo Barroso, “el Caruso de Cuba,” was the voice of cha cha cha. Here at long last are fourteen sides from that famous collaboration. Barroso, one of Cuba’s most popular singers of the 20s and 30s, was considered washed up by 1955 when Valdes hired him to sing on the session that produced tracks 1 and 2. Listening to his voice now, it’s hard to believe people thought he was over the hill – smooth, rich and utterly relaxed, it’s the apotheosis of Cuban singing. Sensacion is a classic flutes-and-fiddles charanga in the manner of Orchestra Aragon and the various Maravillas combos; they swing in a subversively genteel manner once you get past the pseudo-classical intros and flourishes. But it’s Barroso’s singing that really set them apart – he kills it equally on the uptempo numbers (1, 3, 7 and 9) and on the boleros (2 and 12). The remastering here is exquisite – it’s hard to believe these are 60 year old recordings. This kind of project is why I love reissues.
TOP TRACKS:    1    2    3    7    9    12
ALSO RECOMMENDED: all of the rest of them
Labels: Reviews