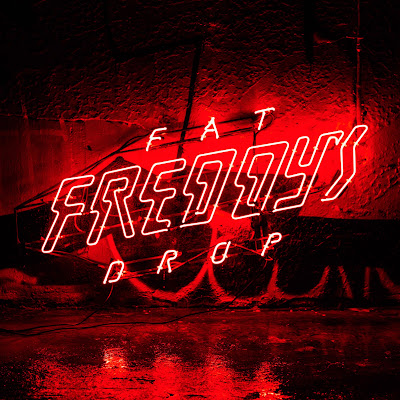 ARTIST: Fat Freddy’s Drop
TITLE: Bays
LABEL: The Drop
The best-selling band at home in New Zealand (their debut album is 9X platinum there) is back with their fourth studio album, and it’s a beauty. Fat Freddy’s Drop’s sound has always been based on reggae, dub, soul and jazz; over the years elements of electronica have become increasingly prominent; and they’re in a way the ultimate jam band, developing their material through extended improvisations in rehearsal and concert before committing a version to tape. On Bays, for the first time they’re creating in the studio; the result is six shorter songs (relatively speaking, that is -- times are 4:34 to 6:15) including 2, the closest thing to a proper single they’ve ever recorded. If you’re fretting that they’re diluting the classic FFD sound, don’t – the second single, track 5, is as long, spacious, and deeply grooving as the rest of their oeuvre. And 7, the second longest track here at 9:55, is a classic on par with “Midnight Marauders,” “Wandering Eye,” “Pull The Catch” and “Silver & Gold.” Also don’t miss the deeply dubby 3, and 9 which sounds like the New Orleans music of the future. Another stellar session from FFD – interstellar, in fact.
TOP TRACKS:    2    3    5    7    9
ALSO RECOMMENDED:    1    4    6    8
Labels: Reviews