Offa Rex | The Queen Of Hearts 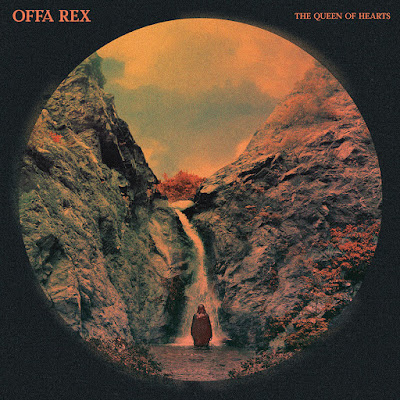 ARTIST: Offa Rex
TITLE: The Queen Of Hearts
LABEL: Nonesuch
In case you can’t tell from their recordings, Colin Meloy of The Decemberists is a huge fan of British folk music and the folk-rock of the 60s and 70s; he says he wishes he had been in the Albion Dance Band. Now he’s assembled his own Brit-folk band Offa Rex, which is Meloy and English singer Olivia Chaney fronting The Decemberists. Meloy takes lead vocals on 2 which rocks even harder than Steeleye Span’s seminal 1970 version, and 11 which adds a jazzy arrangement in the manner of The Pentangle to Lal Waterson’s song. Chaney, who’s as facile in jazz and classical music as folk, had trepidation about covering June Tabor’s “Bonny May” (9) but it turns out to be a highlight, with a setting that reminds me of Fairport Convention’s “Matty Groves.” She takes on another number associated with Tabor (5), which the Decemberists play as a woozy dance tune. 6 is an American folk song later sung by Waterson:Carthy; Offa Rex turns it into an uplifting hymn. And they do a second Steeleye Span item (10) in the manner of early Led Zeppelin or Black Sabbath. Imaginative, brilliantly performed and thoroughly satisfying whether you’re a Brit-folk obsessive or not.
TOP TRACKS:    2    5    6    9    10    11
ALSO RECOMMENDED:    1    3    4    7    8
Labels: Reviews