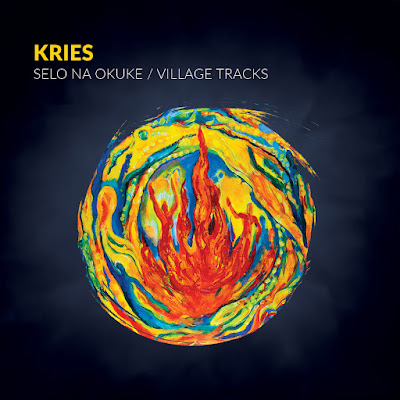 ARTIST: Kries
TITLE: Selo Na Okuke / Village Tracks
LABEL: Riverboat
Folk music played differently can be the most radical act there is. Kries (“Bonfire” in a Croatian dialect) plays traditional music from their country and region in a manner like no one else. Start with lead singer Mojmir Novakovic, whose rich, powerful voice harkens back to a time before amplification. The band’s two lead instruments are lijerica, the bowed lyre of the Byzantine Empire, and bagpipes. The vocal harmonies could be out of a shape-note hymnal. And they’re backed up by a rock-like rhythm section: electric guitar, bass guitar and drum kit, plus percussion. They’ve dabbled in the past with electronica, but their approach now is almost metal-like in its aggression – it’s quite something to see their fans pogoing to folk songs. This is their third album and I’d say it’s their most fully realized so far. Tracks 3, dedicated to Syrian refugees, and 7 are my favorites here, perfect summations of the band’s unique sound. 4 starts out mellow with lijerica, kaval flute and Novakovic at his most sensitive, but works its way into a head-banger by its end. 1 and 5 bring slashing electric guitar to the front of the mix. This is innovative, expressive, world-class folk-rock.
TOP TRACKS:    1    3    4    5    7
ALSO RECOMMENDED:    2    6    8    9
Labels: Reviews