Vibronics | Woman On A Mission 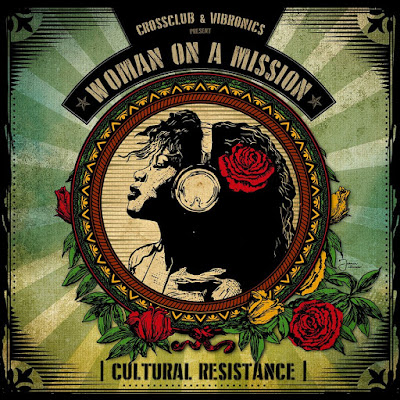 ARTIST: Vibronics
TITLE: Woman On A Mission
LABEL: SCOOPS
Vibronics call themselves “the future sound of dub”; coming out of Leicester England in 1995, they’ve produced a dozen albums and scores of singles in the digital dub (electronic-based reggae) genre. Their new album features eight female vocalists and lyricists working in what Jamaicans would call a “conscious” style (our current term would be “woke”). The disc will be released on International Women’s Day (March 8) and 10% of all profits are going to the UK NGO Womankind. Women are badly underrepresented in reggae, so this is a worthy approach made even more so by the quality of the project. Nia Songbird gets things off to a fine start with track 1, pairing an uplifting lyric with a light, almost lovers rock vocal style. Nish Wahada from Cabo Verde shows outstanding flow on 2. Vibronics also go far afield on 4 to collaborate with Vanya O from Croatia, who rocks the melodica as well. And Trilla Jenna, best known for her work with Mad Professor, is a killer on the aggressive 5. Each track is long, like an A and B side combined, extended with the dub effects on which Vibronics truly excel. Digital dub isn’t necessarily my thing, but this is the joint.
TOP TRACKS:    1    2    4    5
ALSO RECOMMENDED:    3    6    7    8
Labels: Reviews