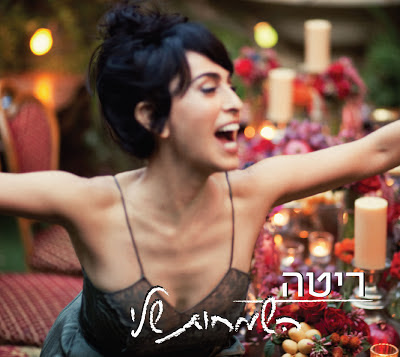 ARTIST: Rita
TITLE: My Joys
LABEL: NMC Music
In Israel, Rita Yahan-Farouz is like Madonna or Beyonce: an only-one-name-needed superstar singer with a dozen gold or platinum albums and some 40 hit singles. She’s also a native of Iran whose family emigrated to Israel in 1970. More or less out of the blue, she decided to make an album of Iranian traditional and pre-Islamic-Revolution pop songs, sung mostly in Farsi. The surprising results are: (a) her new direction has been embraced in Israel, (b) Iranians both at home (where Western pop music like Rita’s is banned and quite popular) and in the diaspora are equally enamored, and (c) Rita has found herself as an unlikely spokesperson for sanity amidst rising Iranian-Israeli tensions. The key to all this success, of course, is that the music is really good: no homogenized Eurovision sound here at all, the arrangements (brilliant job by producers Ami Rice and Ran Almaliah of the Israeli band The Mind Church) include the flavors of vintage Persian pop, Egyptian film music, traditional spike fiddle, Balkan/klezmer brass and a healthy dose of rock ‘n’ roll attitude. Totally not what I expected, and proof that you’re never too famous to make music that’s from your soul.
TOP TRACKS:    1    2    3    7    9
ALSO RECOMMENDED:    4    5    6    8
Labels: Reviews