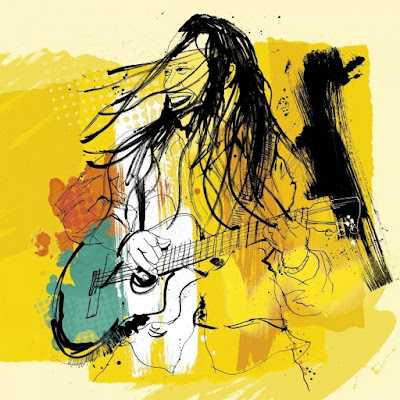 ARTIST: Aurelio
TITLE: Darandi
LABEL: Real World
Aurelio Martinez’s fourth studio album is a valedictory: a summing-up of his 30 year career as the world’s best-known Garifuna musician as he prepares to move in new musical directions. He took his band into Peter Gabriel’s Real World Studios in July 2015, shortly after appearing at the WOMAD festival – except for a few overdubs, they recorded this album live in the studio just like they were playing a gig. The energy is palpable, and the stripped-down production leaves plenty of room for solos and fills from Aurelio’s astonishing lead guitarist Guayo Cedeno. They reprise many favorites from Aurelio’s catalog, including 2 and 6 from his 2005 debut Garifuna Soul and 10 from 2014’s Landini. There’s a new song (5) dedicated to the legendary paranda band Sielpa that’s as good as any of the older material. And the album is bookended by two brilliant covers of Garifuna classics by Junie Arando (1) and Paul Nabor (12). At its best, Garifuna music is some of the African diaspora’s most compelling: rooted rhythms played on traditional drums, exquisite melodies and a feeling of ineffable sadness. And this album is Garifuna music at its finest.
TOP TRACKS:    1    2    5    6    10    12
ALSO RECOMMENDED:    3    4    7    8    9    11
Labels: Reviews