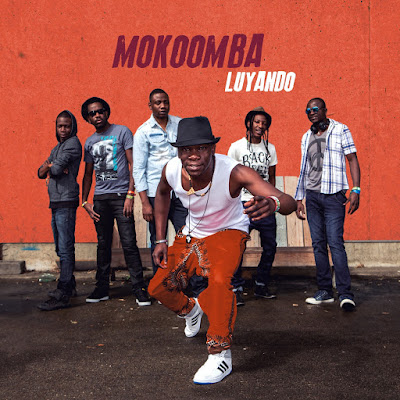 ARTIST: Mokoomba
TITLE: Luyando
LABEL: Out|Here
It’s been a while since Zimbabwe, home of Thomas Mapfumo and Oliver Mtukudzi, produced an international music star. The young band Mokoomba is a beacon in a never-ending sea of bad news from the country being systematically ruined by Robert Mugabe. On their third album, they’ve toned down the rock elements for a more acoustic sound, linking them more directly to their heritage. It’s the kind of sound that can cut across cultural and linguistic divides – key for success both in a country with 16 official languages and to reach the all-important international marketplace. For something familiar, start with track 3, a traditional song about the young men’s initiation ritual, arranged in a Mapfumo-like style. 1 is an original about Victoria Falls (one of the world’s natural wonders and a life-giver to Mokoomba’s home region) in the manner of Mtukudzi. Congolese music, popular all over Africa, is a major influence on 2 which reminds me of Sierra Leone’s Refugee All Stars. After a mellow intro, 6 shows Mokoomba’s high energy side. The band’s aim is true – this is a fine album that will appeal to a world music audience as well as to their fans at home.
TOP TRACKS:    1    2    3    6
ALSO RECOMMENDED:    4    5    7    8    9    10
Labels: Reviews