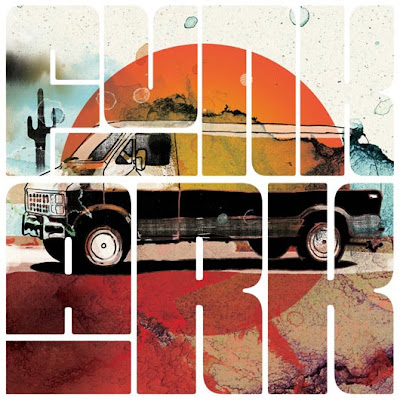 TITLE:  High Noon
LABEL:  ESL Music
Here’s a regional band that’s more than worthy of national and international attention.  The Funk Ark is a Washington DC-based 10-piece (on this recording) orchestra led by keyboard player Will Rast.  They describe their music as “world funk” -- Afrobeat is clearly a major influence (track 2 is in the progressive Afrobeat line of Seun Kuti, Antibalas and the Superpowers), as are the R&B show bands that are so popular across the Mid-Atlantic region (check out the punchy horn arrangement on track 1 and 7, for instance).  On their second album, recorded live in the studio in a two-day session in Austin TX, the band has begun incorporating more Latin soul elements as well -- track 3 is a good example.  The album is produced by Grupo Fantasma’s Adrian Quesada, and that band’s organic mix of Latin, Afro and soul elements is an excellent reference point for what The Funk Ark is doing.  The title track (5) is a down-tempo groover with the kind of sour crime-jazz flavor that the Budos Band does so well.  Track 7 lays guest singer Mustafa Akbar’s soul shouting over a Muscle Shoals guitar figure and a go-go beat.  Great stuff -- this band is really going places.