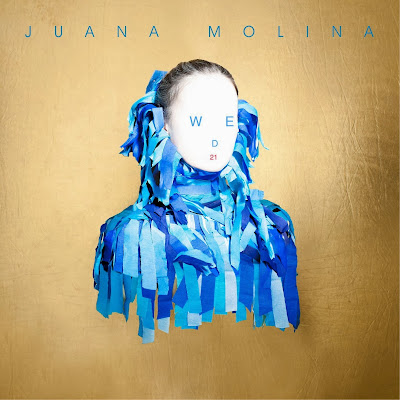 ARTIST: Juana Molina
TITLE: Wed 21
LABEL: Crammed Discs
Her sixth album and another stellar, solid release. Whereas her previous albums have been mostly loops and layers of her guitar and voice, mixed with various electronic pings and pongs, this one has taken on more instruments, samples and musicians. Her music has grown with a wider wingspan. While maintaining her folk-tronica style, there is a sense of immediacy in the music, no longer awakening solely from the subtly of a single guitar note or vocal passage, the songs open more to a canvas of texture rather than building on the singular notion. Some of the sounds are more aggressive in certain ways comparatively; at times warming, at times alarming, always grooving. As a result this is one of her best; she just keeps getting better with each release. I would say this album may bear some higher levels of notoriety, and rightfully so.
TOP TRACKS:    1    2    7
ALSO RECOMMENDED:    3    10    11
REVIEWER: Phil D.
Labels: Reviews