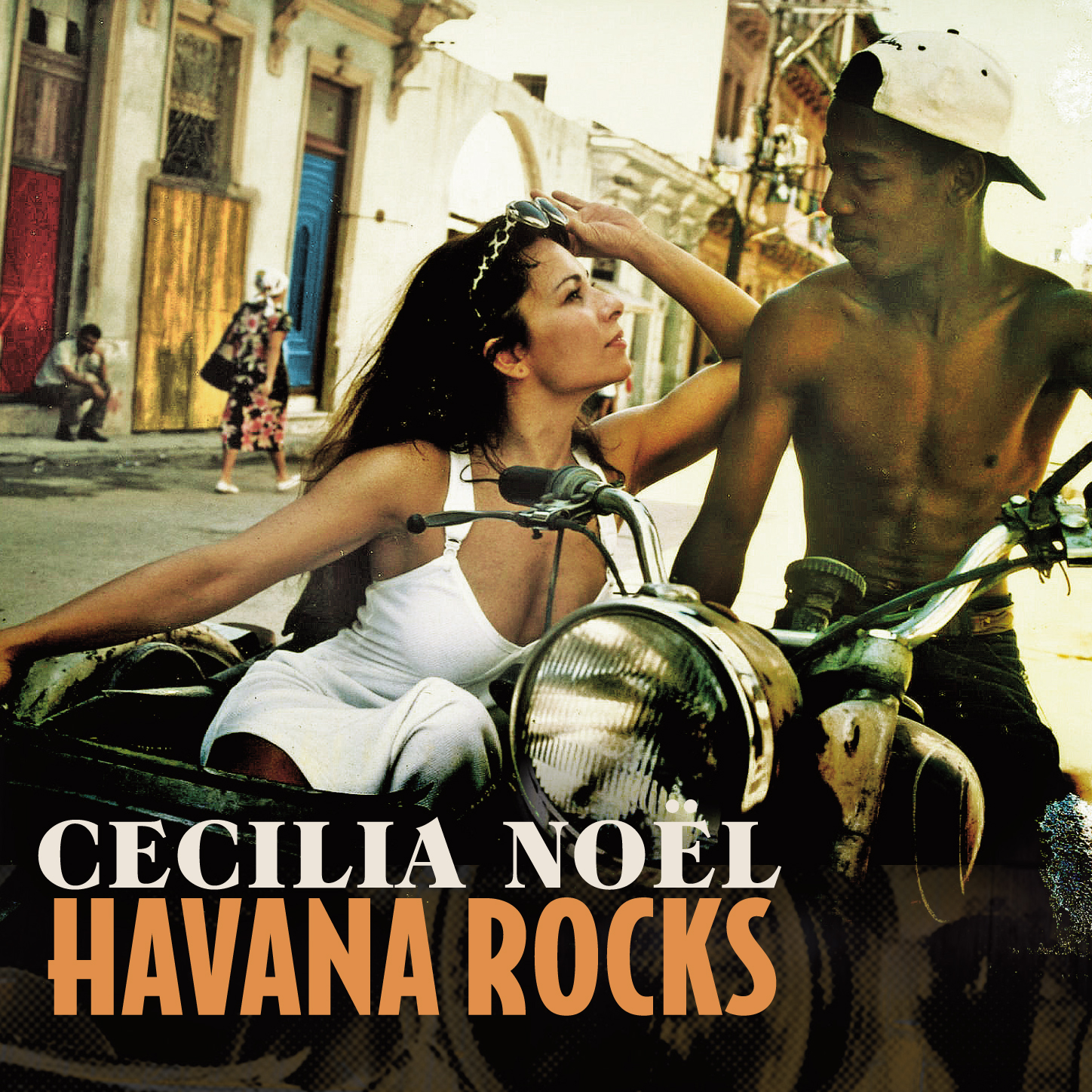 ARTIST: Cecilia Noel
TITLE: Havana Rocks
LABEL: Compass
Lima-born, LA-based singer Cecilia Noel has been working on her personal mix of Latin, jazz and pop for more than 20 years now. For her latest album, she journeyed to Havana and enlisted an A-team of Cuban players and singers, led by Carlos Alfonso of the groundbreaking rock band Sintesis. And what did they record? Covers of 80’s songs by Devo, Van Halen, Men At Work (Noel’s husband Colin Hay’s old band), Frankie Goes To Hollywood … you get the idea, the stuff that was on MTV when it first started. If this sounds like a uniquely bad idea, turn the music on right now – turns out that it’s a blast. The band really digs into the material and pulls out some unlikely Afro-Cuban rhythms and arrangements, and Noel sounds like she’s having the time of her life on this session. If you’ve ever wanted to hear a boogaloo version of “Whip It” (track 9), “Relax (Don’t Do It)” (track 7) led by a tres, a timba chart of “You Shook Me All Night Long” (1), or salsa-dance to “Cars” (3), then this is definitely the album for you. Seriously, this is more fun than should be legal. And I’m looking forward to hearing it on “Songs From The Big Hair.”
TOP TRACKS:    1    3    7    9
ALSO RECOMMENDED:    2    4    8    10
Labels: Reviews