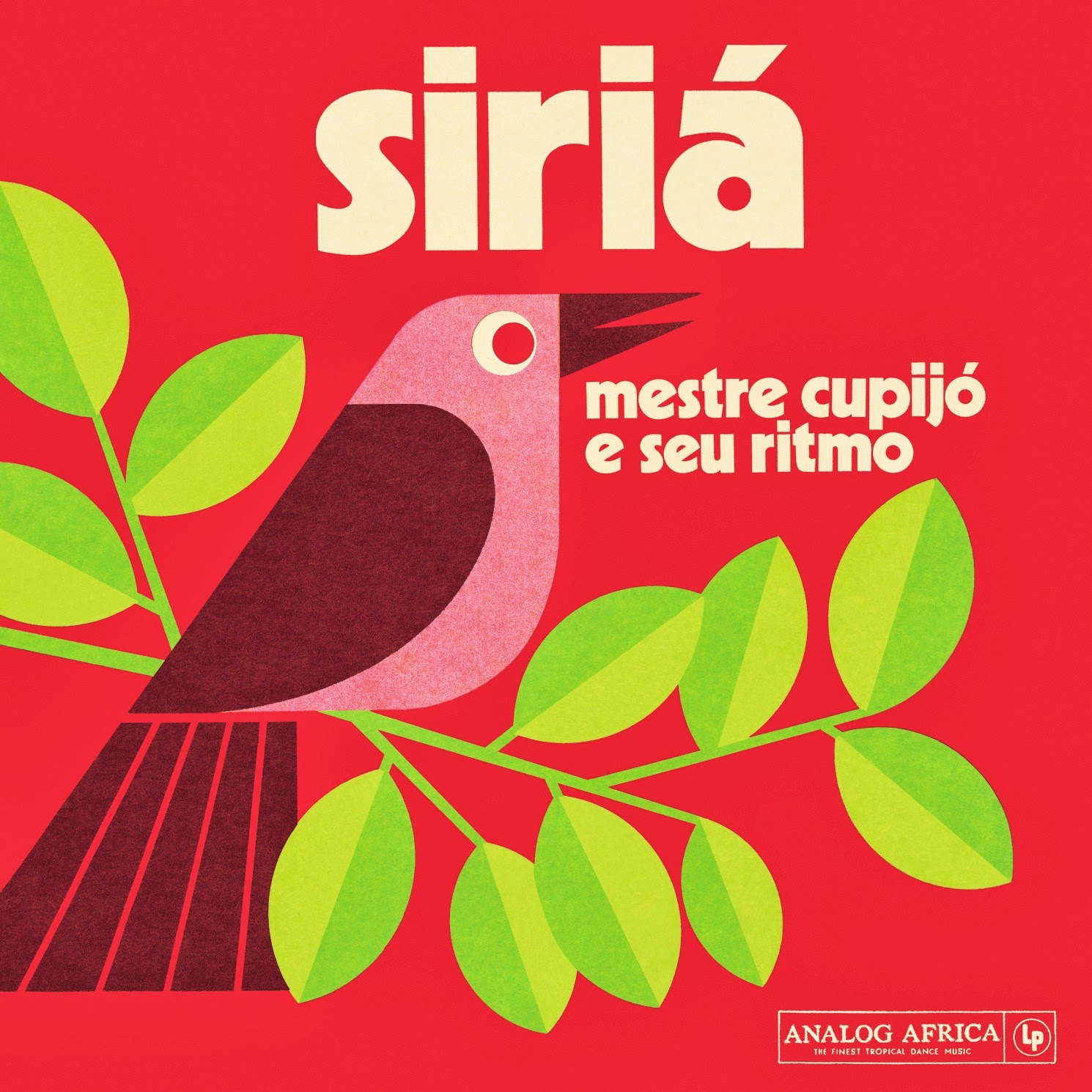 ARTIST: Mestre Cupijo E Seu Ritmo
TITLE: Siria
LABEL: Analog Africa
Analog Africa branched out to a second continent in 2010 when it started reissuing Colombian music; now it’s moved into Brazil with a band that barely sounds Brazilian at all. Mestre Cupijo is from Para in northern Brazil, and his unique style is a modernized version of the music of the quilombos, Brazil’s communities of escaped African slaves and the source of capoeira martial arts. Onto this foundation Cupijo added some of the popular sounds of the region: cumbia, salsa and forro from northeast Brazil. The result is a thoroughly infectious dance music genre – brassy horn arrangements share space with carnival-parade-band drums over a rhythm that bears more than a little resemblance to ska (which itself is derived from the buru rhythms played by Jamaican escaped slaves). For the more Latin side of things, try 10; 7 is the track most similar to forro. The rest of my favorites are in the siria (roughly “crab-like” in Portuguese) style. Throughout, if you couldn’t tell they’re singing in Portuguese you’d have no idea what country, or even continent, the music is from. Another great find from Analog Africa, the little label with the biggest ears on the planet.
TOP TRACKS:    1    3    7    8    9    10
ALSO RECOMMENDED:    2    4    5    6    11    12    13
Labels: Reviews