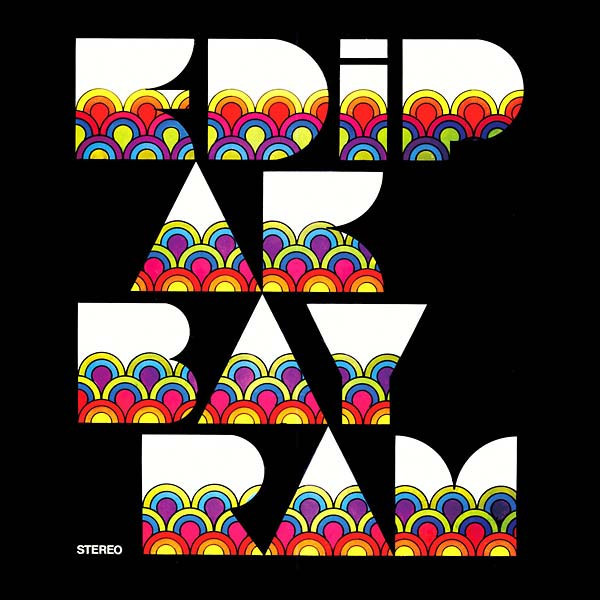 ARTIST: Edip Akbayram
TITLE: Edip Akbayram
LABEL: Pharaway Sounds
More from the wonderful world of Turkish psychedelia. Edip Akbayram is a singer who reached popular consciousness by recording traditional songs with lyrics by some of Turkey’s most famous poets set to buzzing electric folk-psych-rock arrangements. The closest American analogue would be The Byrds with electric baglama saz replacing the 12-string guitar, or maybe Fairport Convention if you prefer a British model. This set reissues Akbayram’s first singles from 1972 to 1974, up to the time when he formed his first successful band, Dostlar Orkestrasi (Orchestra of Friends). Akbayram was crippled by polio as an infant, but you’d never tell from his voice, which is one of the most powerful of the era – check out 9, a beautiful tune that ends in full-throated hollering. 8 starts out sounding like Steeleye Span or Gentle Giant before morphing into some very Eastern harmonies. In songs like 1, 6 and 7, traditional elements sit side by side with some psych or even prog-rock sounds; this unexpected juxtaposition was very much the norm in Turkish music of this era. Really good stuff here.
TOP TRACKS:    1    6    7    8    9
ALSO RECOMMENDED:    2    3    5    10
Labels: Reviews