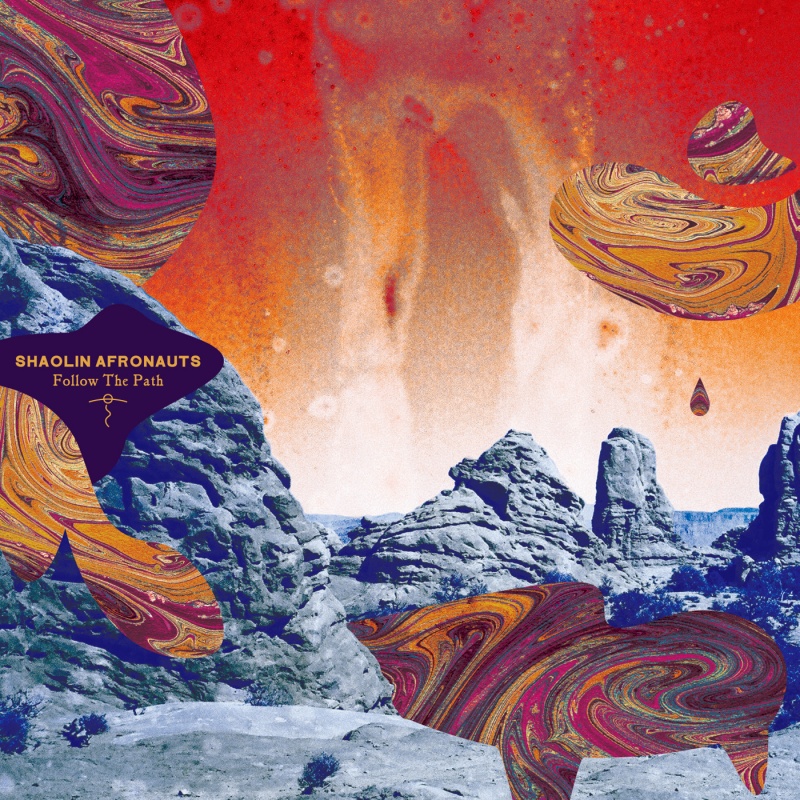 ARTIST: The Shaolin Afronauts
TITLE: Follow The Path
LABEL: Freestyle
The Adelaide, Australia-based Shaolin Afronauts straddle two worlds – they have one foot planted in soulful, funky Afrobeat and the other in avant-garde and spiritual jazz. Their debut album showcased the former sound, their second emphasized the latter; now their third effort combines both on a 21-track double album, with disc 1 focused on song-length material and disc 2 housing four sprawling suites. The band’s rough midpoint can be found on disc 1, track 6 where the Afrobeat-meets-funk groove leaves plenty of room for expansive solos, and on 1-7 which is set to a slower old-school Afrobeat rhythm. 1-5 is short and snappy, with a fast, springy beat that’s characteristic of contemporary Afrobeat. And 1-4 is quite remarkable: a guitar line that could come right off a Rail Band or Bembeya Jazz album coupled to a Fela-esque groove. Among the more expansionary material, my favorite is “Caravan To Tao Ceti” (disc 2, tracks 4 & 5), with an arrangement that reminds me of Oliver Nelson. This is a band that thinks big – you’ll be rewarded for following along.
TOP TRACKS:    Disc 1 – 4    5    6    7    Disc 2 – 4&5
ALSO RECOMMENDED:    Disc 1 – 1    2    9    Disc 2 – 9&10
Labels: Reviews