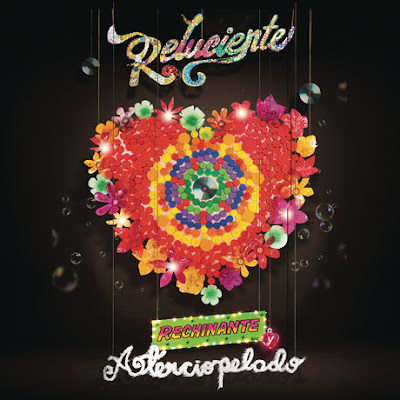 ARTIST: Aterciopelados
TITLE: Reluciente, Rechinante Y Aterciopelado (Shiny, Squeaky and Velvety)
LABEL: Sony Colombia
Aterciopelados (“The Velvety Ones”), the duo of Andrea Echiverri and Hector Buitrago, are one of the seminal bands in the development of rock en espanol. They went on hiatus after 2009 (but not its members: both have made compelling solo projects since then), returned to the stage in 2014 and in the following year mounted a major live show that’s documented here in both CD and DVD formats. Rock en espanol has always been about creating a post-colonial sound in which American rock and local traditions interact on a level playing field. No band meets that brief better than Aterciopelados – they tap into the rich veins of Central and South American traditional and popular music, and especially those of their native Colombia, while incorporating rock’s drive and pop’s hooks. On this live set they reinterpret some of their most famous material (tracks 3, 9, 10 and 11), songs from their solo projects (5 is my favorite), and even one new track (7), a tribute to fellow rock en espanol pioneers Café Tacvba which has me longing for a new album of new material. Como no?
TOP TRACKS:    3    5    7    9    10    11
ALSO RECOMMENDED:    1    2    4    6    8
Labels: Reviews